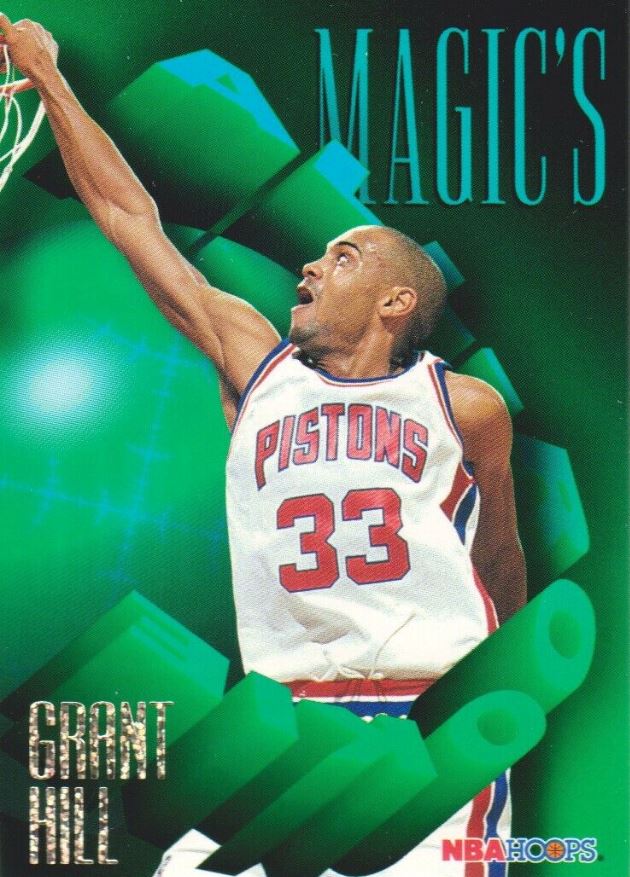 The Detroit Pistons roll in at No. 9 in the Panini America 30 Teams | 30 Weeks NBA countdown to the most collectable NBA teams of all-time.

The Pistons are one of the best franchises in the NBA at building high-caliber teams that also reflect the culture of the city. Detroit, known for its blue-collar attitude, fully embraces players that win with hard work and toughness.

The Bad Boys are the epitome of that sentiment. Led by a Hall-of-Fame backcourt of Isiah Thomas and Joe Dumars, Detroit reached basketball’s mountaintop in 1989 and 1990. In doing so, they became just the second squad to win back-to-back titles since 1970, following the Lakers ’87 and ’88.

While the backcourt was the face of the Bad Boys, the heart and soul were the post players who set the tone defensively. Bill Laimbeer, Rick Mahorn, John Salley and James Edwards made life miserable for opponents who dared enter the paint. Adding key figures like Dennis Rodman, Mark Aquirre and Vinnie Johnson made the Bad Boys one of the most complete teams in the modern NBA.

The franchise’s third championship came in 2004 when Dumars, then calling the shots in the front office, assembled a team that mirrored the Bad Boys. Led by Ben Wallace and Finals MVP Chauncey Billups, the “Goin’ to Work” Pistons brought together several misfits and outcasts who banded together to put the team above themselves. With Richard Hamilton, Tayshaun Prince and Rasheed Wallace rounding out the lineup, the Pistons dominated a Lakers squad that boasted four future Hall of Famers in its starting five to win the title.

The newest model of Detroit basketball features a pair of heavy hitters that fans can’t help but get behind. Andre Drummond is one of the best rebounders of his generation and routinely revs the crowd up with his persistence on the offensive glass and powerful slams. Blake Griffin, one of the best shooting forwards in the game, is a bumper car on the hardwood until he hits the gas once a lane to the basket opens.

“It was unbelievable!! There’s a great sense of pride that Detroiters have for their various sports teams. It was an honor & privilege to feel that love & pride when I played there.”