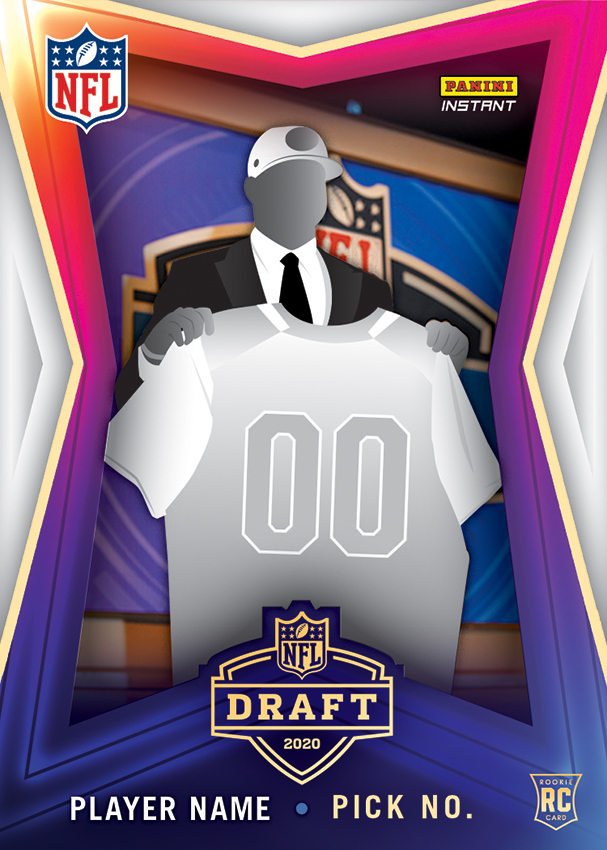 During tomorrow night’s first round of the 2020 NFL Draft, history will be made and dreams will come true during an unorthodox and unprecedented opening — and Panini America will be ready to celebrate by making a little trading card history of its own. Today, the Panini Instant website launched the 32 cards that will comprise the Panini Instant 2020 NFL Draft offering. Although those cards feature silhouetted images now, but tomorrow night, the cards will be updated in real-time as selections are made, meaning each new draftee’s first trading card with his new NFL team logo will be available just minutes after his name is called.

Since this year’s NFL Draft is just a little bit . . . different, these Panini Instant Rookie Cards will feature college action photography in lieu of the traditional real-time stage shots. In addition to made-to-order base versions, the 2020 Panini Instant NFL Draft cards will also include Green and Black parallel versions numbered to five and one.

Stay tuned to The Knight’s Lance and the Panini America social media feeds for additional coverage of the 2020 NFL Draft.