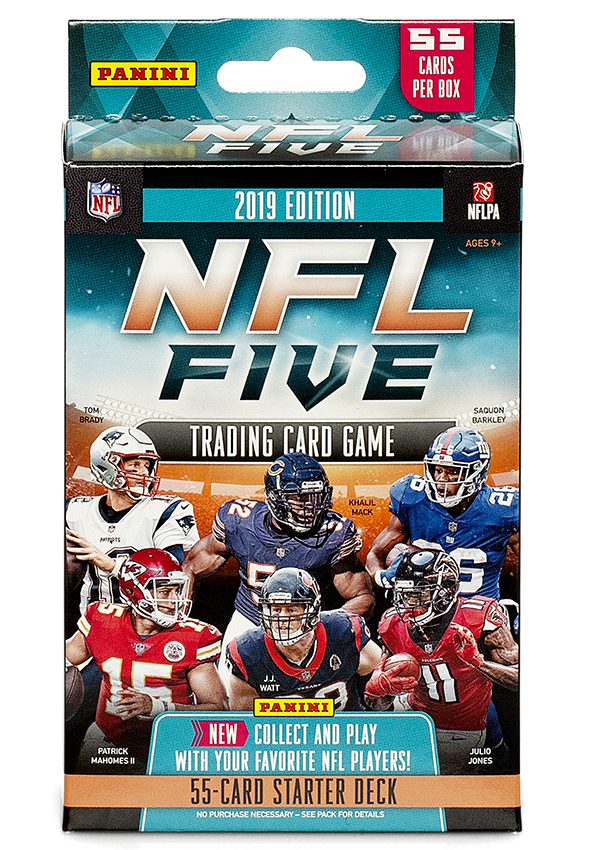 Trevor Lawrence was one of the hottest names on the show floor last week at The National. Will the 2nd year Jags QB be #TheHobby's breakout star this fall? 🤔

AVAILABLE TOMORROW (8/5)!!
We have @cpulisic_10 signed memorabilia going live tomorrow at 10am (CST) at Panini Direct. These items are exclusively available through Panini Authentic!
SHOP: http://www.paniniamerica.net/memorabilia/panini-autographed-memorabilia/christian-pulisic.html

As we progress through this third full week of the 2019 NFL preseason, it serves as a scintillating reminder that we’re now one week closer to the start of the real thing. Indeed, as fans and collectors, we simply can’t wait for the season to start — which could be as early as next week! That’s when Panini Games will officially unveil the new NFL Five Trading Card Game, the exclusive trading card game of the NFL that combines collectible cards of 256 NFL players with 40 Play cards and 20 Action cards to deliver a unique, exciting TCG experience relying on skill and strategy.

NFL fans can build the ultimate fantasy team and battle it out on the gridiron by devising and executing gameplans, play calls and substitutions. And for the collecting-minded among those gamers, Panini Games has created rare Foil Variations of every card in the set featuring Panini America’s fabled “Cracked Ice” pattern. In that sense, the Panini NFL Five TCG appeals as much to diehard gamers as it does to diehard collectors.

The complete NFL Five set consists of 316 total cards, including 20 Actions, 40 Plays and 256 players (eight players per NFL team) and including 18 Rookie Cards featuring the top stars of the 2019 NFL Draft such as Kyler Murray, Dwayne Haskins, Josh Jacobs and more.

Each 55-card Starter Deck (10 Starters per box, eight boxes per case) provides everything needed to kickoff immediately including 10 Players, 20 Plays, 20 Actions and five Foil parallels. Also included is the official playmat, rule book and game-piece punchouts. There are six different Starter Decks (three for the AFC, three for the NFC) and all Starter cards are exclusive to Starter decks.

Each Booster Box (nine cards per pack, 24 packs per box, 12 boxes per case) includes only Booster-exclusive cards and each pack will deliver five commons, three uncommons and one rare, on average. Each Booster Box will yield, on average, four epics, one legendary, one Rookie Card and six Foil parallels.

We offer a brief glimpse inside the new NFL Five TCG in the gallery that follows. Be sure to visit the official blog of Panini Games for tons of additional information.