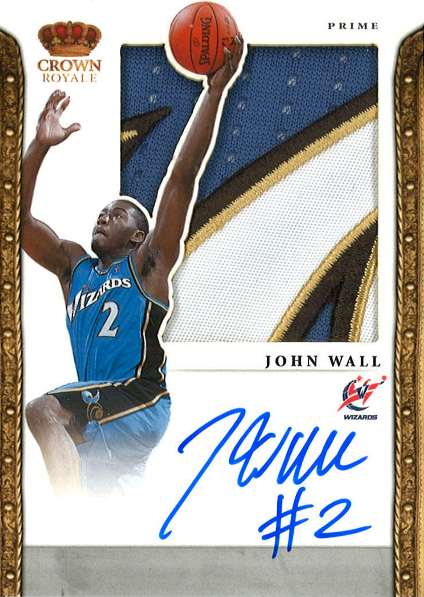 Man, you miss two weeks in the office around Panini America and you miss a lot.

Man, you miss two weeks in the office around Panini America and you miss a lot.

After being on the road for 10 straight days at the 2012 NHL All-Star Game in Ottawa and Super Bowl XLVI in Indianapolis, I returned to HQ this morning to find a waiting treasure trove of jaw-dropping autographs recently returned for upcoming Panini America NBA releases.

Last week we shared the exploits of Panini America NBA acquisitions specialist Ivory Tabb, who’s been bouncing around the country conducting player signings for the juggernaut that will be 2011 Preferred Basketball. Today, I got up close and personal with some of the fruits of her labor.

These gems, as you’ll see below, aren’t so much basketball cards as they are genuine works of collecting art. I could attempt in vain to spit praising prose on what you’re about to see, but these images tend to speak for themselves. Oh, and as a way to properly set the stage for the upcoming 2011-12 Hoops release, I’ve also included the first three signed original 1989-90 Hoops BuyBacks that have been returned.