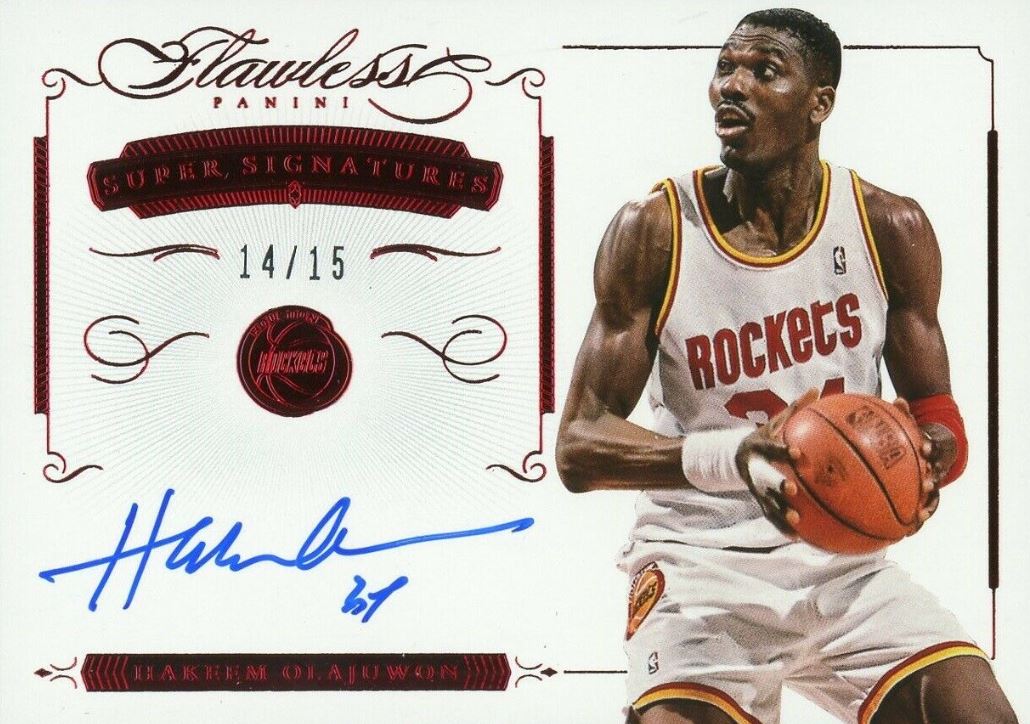 Let’s have more fun: who do you think will be th

The “Contenders to Canton” insert remains one

Who will it be? Vote in the comments for who you t

The Final Four is set. @joshallenqb and the @buffa

The @buccaneers’ @devinwhite_40 turning in a sig

Safe to say @aaronrodgers12 and @joshallenqb have

A closer look at some of the gems from the upcomin

Check out the blog for a deep dive into the Februa

It's going down TONIGHT! @ohiostatefb vs. @alabama

“We know what we’re supposed to do. Turn it ar

@ravens QB @new_era8 told us exactly what he was b

It’s one of my favorite times of the year! I get to spend #SuperBowl week — virtually this season — with the @PaniniAmerica @SuperBowl Kid Reporter. But first, I had to call Caleb and let him know. And his reaction is priceless.

.@Bengals QB @JoeyB narrowly missed packout for @PaniniAmerica’s 2020 Contenders @NFL Football but his autos have arrived and are ready to be redeemed!

Let’s have more fun: who do you think will be the @nfl Defensive Player of the Year? Comment ⬇️ on who your choice is! #whodoyoucollect #nfl @aarondonald99 @tjwatt90 @lavontedavid @jalenramsey @flash_garrett @iamxavienhoward @nflpa 🔥🏈🏈💥 ... See MoreSee Less

The expression, “lightning never strikes twice in the same location” doesn’t apply to Houston. Some of the game’s greatest pillars have donned the Rockets’ logo (in San Diego in 1967-71 before moving to south Texas).

It started with Hall of Fame center Elvin Hayes, whom the franchise drafted in 1968 while still based in San Diego. In 1984, Houston won a coin flip (this was pre-NBA Draft lottery) for the right to take Houston Cougar center Hakeem Olajuwon first overall. And, finally, the Rockets scored Chinese big man Yao Ming with the No. 1 pick in 2002. All three put up impressive numbers in H-Town and would be enshrined in the Naismith Basketball Hall of Fame.

Beyond individual accolades, the franchise rode the big men to team success. In Hayes’ second season, he took the squad, which won 15 games the season prior, to the playoffs. Olajuwon carried Houston to the postseason in 14 of his 17 seasons. That includes winning the franchise’s only titles in 1994 and 1995. The Nigerian center was Finals MVP in both series. Yao also came up big as the weather warmed, notching nearly 20 points per game in 28 postseason games.

While the team made its historical mark with use of big men, there hasn’t been a shortage of guards who have dominated. Hall of Famer Calvin Murphy ran circles around defenses for 13 seasons. A player who steadily improved throughout his career, Murphy scored over 20 points per game from ages 25 to 31 (1973-80).

In addition to homegrown talent, Houston has nabbed a few Hall of Famers at the end of their careers to make championship runs. It worked to perfection when Clyde Drexler returned to his hometown in 1995. He helped the team win its second consecutive championship. Although it didn’t result in a title, Charles Barkley and Scottie Pippen were productive in short stints for Houston in the late 1990s.

The current squad developed a winning formula by building from the outside. Perhaps the most analytically advanced team in the league, Houston attacks from the perimeter nowadays. Possessing elite ball-handling guards who excel beyond the perimeter (James Harden, Chris Paul) and sharp-shooting role players, the modern-day Rockets love to launch 3-pointers, which land at a high clip.