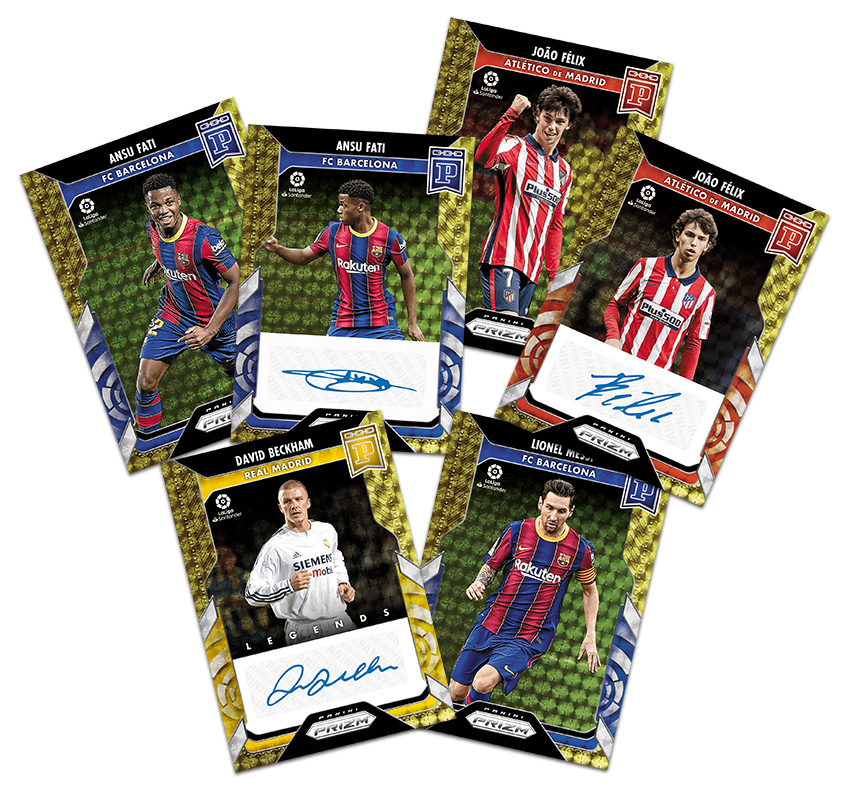 Some of the greatest players in the history of LaLiga, as well as the soccer league’s current superstars and future stars, will be the subjects of Panini America’s next Blockchain venture when 2021 LaLiga Prizm Blockchain launches on March 1. This release marks the first time that Panini America will incorporate an entire soccer league into the Blockchain environment.

2021 LaLiga Prizm Blockchain will include 140 base cards (all 1/1s and printed using Prizm’s popular Gold Vinyl parallel) incorporating at least seven players from all 20 LaLiga clubs. In addition, there will be an additional 26 autograph cards featuring current LaLiga stars and all-time legends.

Stay tuned for additional details on the 2021 LaLiga Prizm Blockchain in the coming days.