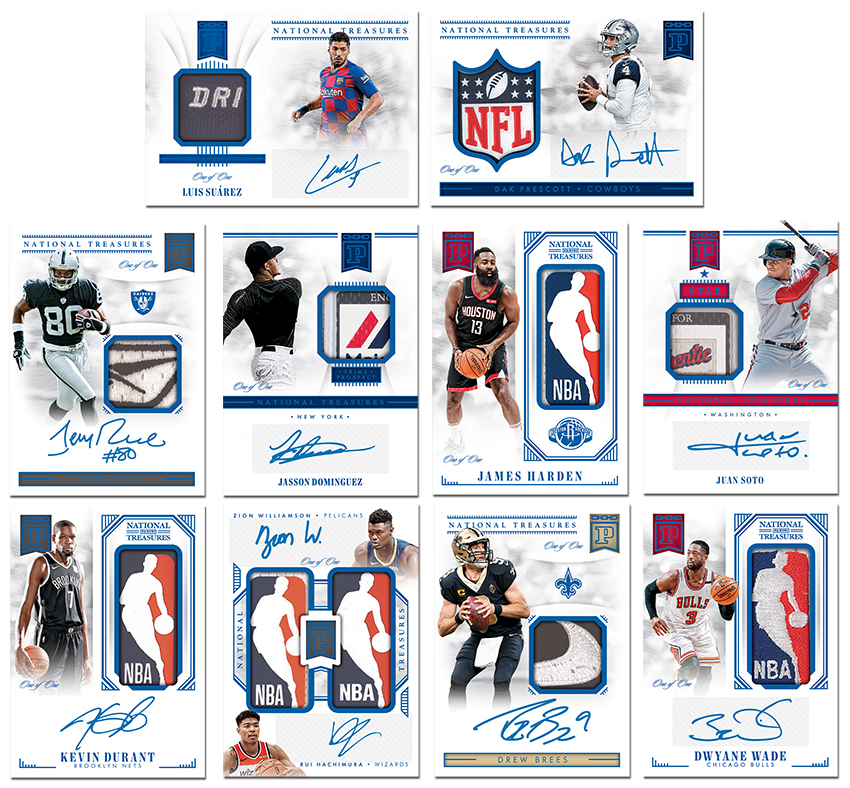 Ten new jaw-dropping 1/1 cards — including NBA Logoman Autographs of Kevin Durant, Dwyane Wade and Zion Williamson/Rui Hachimura, an NFL Shield Autograph of Dak Prescott and prime-memorabilia autographs of Drew Brees and Jerry Rice — headline the just-launched 10th wave of Panini America’s historic Blockchain venture. The latest cards opened for bidding earlier this morning and every virtual Blockchain card issued in the initial 100-card wave will be accompanied by a physical version of the card featuring autographs, memorabilia or both.

This 10th weekly release marks the end of the initial Panini Blockchain release. Each Blockchain card will open for bidding in a Dutch Auction format. Card prices will drop incrementally until the card is sold. Each card in the Blockchain initiative is a 1/1. Stay tuned to The Knight’s Lance and the Panini America social media channels in the coming days for what’s next on the Panini Blockchain horizon. We can tell you at least this much: It’s going to be . . . Flawless.

In the gallery that follows, we offer a complete checklist of the Week 10 cards that launched earlier today. Enjoy the imagery and stay tuned for additional coverage.