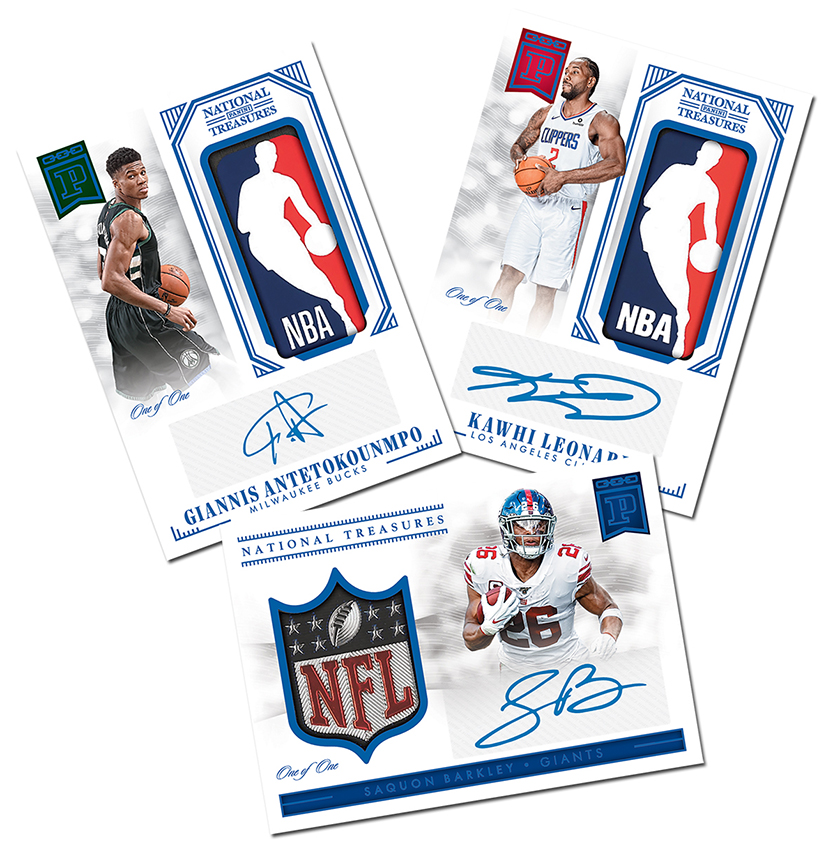 Ten new jaw-dropping 1/1 cards — including NBA Logoman Autographs of Giannis Antetokounmpo and Kawhi Leonard and NFL Shield Autographs of Saquon Barkley and Ben Roethlisberger — headline the just-launched ninth wave of Panini America’s historic Blockchain venture. The latest cards opened for bidding earlier this morning and every virtual Blockchain card issued in the initial 100-card wave will be accompanied by a physical version of the card featuring autographs, memorabilia or both.

The physical versions of Week 9’s offerings are headlined by the aforementioned NBA Logoman and NFL Shield Autographs as well as a Dual NBA Logoman Autograph featuring rookies RJ Barrett and Rui Hachimura, a prime-patch autograph of Peyton Manning, an autograph 1/1 of Shaquille O’Neal and more. The only way for collectors to obtain the physical version of the Blockchain card is to purchase the digital version of the card.

In the gallery that follows, we offer a complete checklist of the Week 9 cards that launched earlier today. Enjoy the imagery and stay tuned for additional coverage.