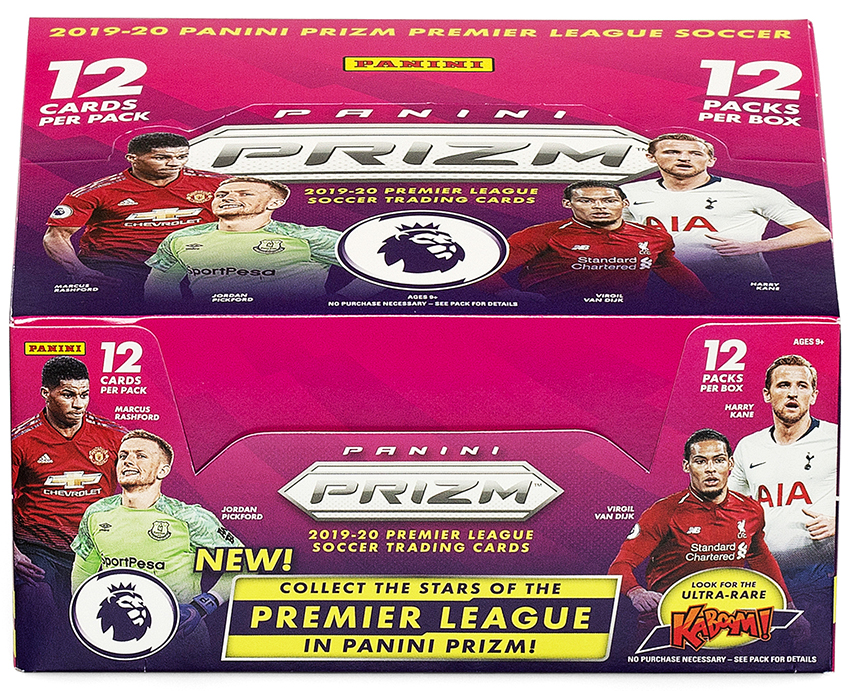 When it comes to prestigious premieres in the world of sports cards, they don’t get much bigger than the one slated for tomorrow when Panini America’s inaugural Premier League Soccer product arrives in a passion-filled, Prizm-powered blaze of glory. It’s the beginning of a new era in Premier League trading cards — and it’s going to be stacked.

The first Panini America product devoted exclusively to the Premier League, 2019-20 Prizm Premier League Soccer features players from all 20 clubs and autographs from players on 15 of the 20 teams. In addition to featuring the official Rookie Cards of more than 70 players (including Callum Hudson-Odoi of Chelsea FC, Declan Rice of West Ham United, Matteo Guendouzi of Arsenal and more) — as you might expect — is absolutely loaded with vibrant, chase-worthy Prizm parallels.

On average, each hobby box of 2019-20 Prizm Premier League Soccer (12 cards per pack, 12 packs per box, 12 boxes per case) will deliver one autograph, 16 Prizm parallels and six inserts. Set highlights include autographs in the Signatures, Flashback Autographs, Club Legends Signatures and Dual Signatures, the Prizm debut of the popular and rare Kaboom! illustration cards, and the spectacular Color Rush insert.

In the must-see Quality Control Gallery that follows, we offer a riveting exploration of the history-making product. Enjoy the sneak peek and stay tuned to The Knight’s Lance for additional coverage.