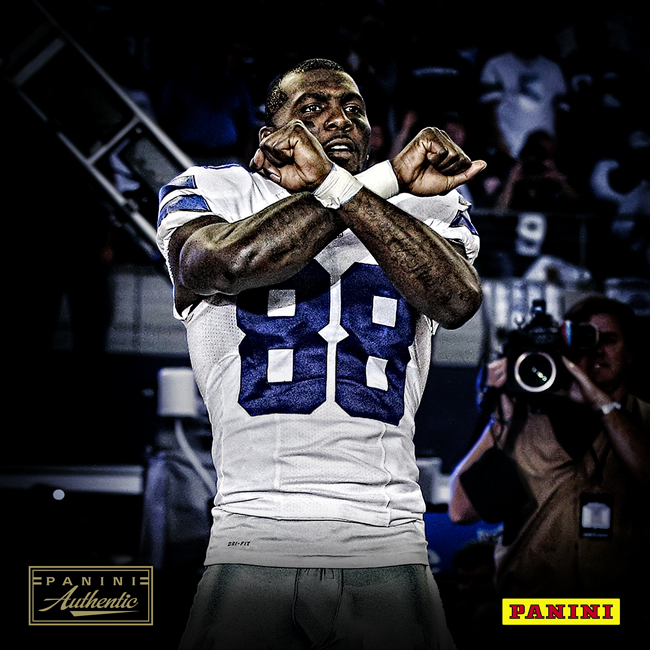 “Dez Bryant is one of the most dynamic players in the NFL today and since he plays right in our backyard, we’ve had a front-row seat to his brilliance,” said Mark Warsop, Panini America CEO. “We first met Dez at the 2010 NFLPA Rookie Premiere and we’ve enjoyed the chance to work with him in the years since. We welcome him into the Panini family with open arms and are confident that our new partnership will benefit Dez, benefit us and – most importantly – benefit fans and collectors.”

During the first five years of his NFL career, Bryant has established himself as one of the premier pass-catchers in the game, collecting 381 receptions, 5,424 yards and 56 touchdowns through the 2014 season.

“I’m honored to join the Panini America family – they’ve been good to me since I entered the league and they do amazing things that get our fans involved. It’s about the fans, which is something I’m very passionate about and I’m excited to get to work,” Bryant said.

Panini America is the only company in the world that manufactures licensed trading cards and stickers for the NBA, NFL, NFL Players, MLBPA and FIFA World Cup. The company also has exclusive relationships with USA Baseball, USA Basketball and U.S. Soccer.  In addition, Panini also has relationships with the Naismith Memorial Basketball Hall of Fame, The Pro Football Hall of Fame and the National Baseball Hall of Fame, and owns exclusive entertainment licenses with Disney and more than 600 global licenses with other sports and entertainment properties.

All NFL player memorabilia and trading card agreements are facilitated for Panini by NFL Players Inc., the licensing and marketing subsidiary of the NFL Players Association (NFLPA).