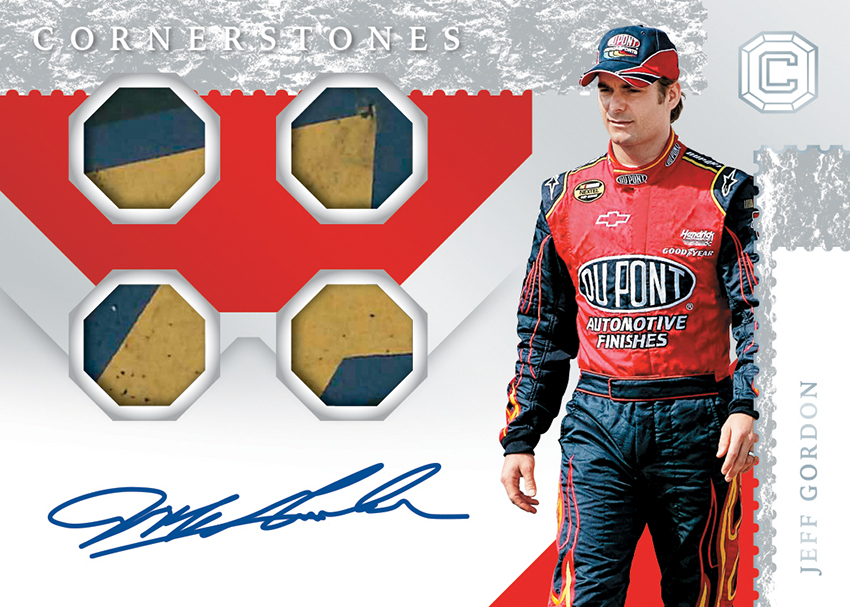 It’s certainly no secret that racing legend Jeff Gordon is one of the greatest drivers in NASCAR history. He won four NASCAR Cup championships. Three Daytona 500s. Five Brickyard 400s. And 93 career NASCAR Cup races overall (good for third-best all-time). But there’s one thing in the sport Gordon hasn’t done: Appear by himself on a mainstream Panini America NASCAR trading card. But that’s about to change in a huge way. Gordon’s on the verge of making racing history again.

Next month, Gordon’s first mainstream Panini America trading cards (base cards, autographs and memorabilia cards) will be featured in 2021 Chronicles NASCAR Racing. Gordon’s monumental presence in Chronicles will mark the superstar’s first appearance in a licensed, mainstream trading card product since 2016 – and it will be massive. New Gordon cards will follow throughout Panini America’s complete NASCAR portfolio.

“This is a historic announcement and we’re absolutely elated to welcome Jeff Gordon to the Panini America NASCAR lineup,” said Panini America Brand Manager Tim Trout. “Jeff has been a glaring omission from our checklists but he’s a superstar we’ve been targeting since we first entered the NASCAR arena. We’re honored to have him on board and ecstatic to be able to deliver new trading cards of the legend with fans and collectors everywhere. This is a good day to be a trading card collector.”

“I’ve been impressed with what Panini America has done not just with the NASCAR license, but with the trading card market as a whole,” Gordon said. “Panini America is innovative and creative, and I look forward to working closely with them to create new trading cards that I know my fans are going to love.”