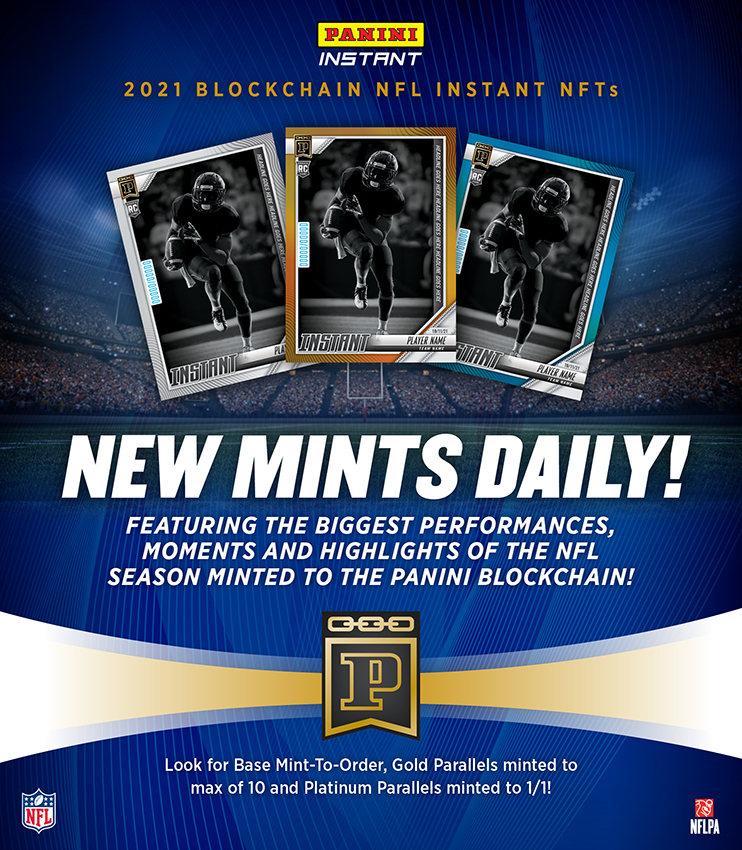 Going Direct #50 is Live!!
Product Development Director and Basketball guru, David Porter, joins the show to talk about his career in the Hobby, his stay at Panini and some of his favorite products.
WATCH: https://youtu.be/QuijRoxCX1s

We spoke too soon!! The Black 1/1 sticker of the 🐐 was pulled today in a Hobby shop! Congratulations to the collector that pulled it!

The next evolution of Panini America’s rapidly growing, upwardly mobile NFT Blockchain portfolio arrives next week with the debut of 2021 Panini Instant NFL NFT Blockchain, which will honor the biggest performances in the NFL from the previous weekend with launches Monday through Friday.

Panini Instant NFL NFT Blockchain will mimic the weekly checklist and release schedule of the company’s popular Panini Instant NFL physical cards but will boost a design that is unique to the Panini America NFT Blockchain family. There will be base versions of each card available as well as rare parallels numbered to 10 (Gold) and only one (Holo Platinum). In addition, a Weekly Pass option will launch each Monday that guarantees users all base versions scheduled to launch that week.

All cards will be available for 48 hours and once the ordering window closes, cards will be minted to the total number ordered (both through individual sales and Weekly Pass sales) and distributed into users’ Panini NFT Blockchain accounts within a week.