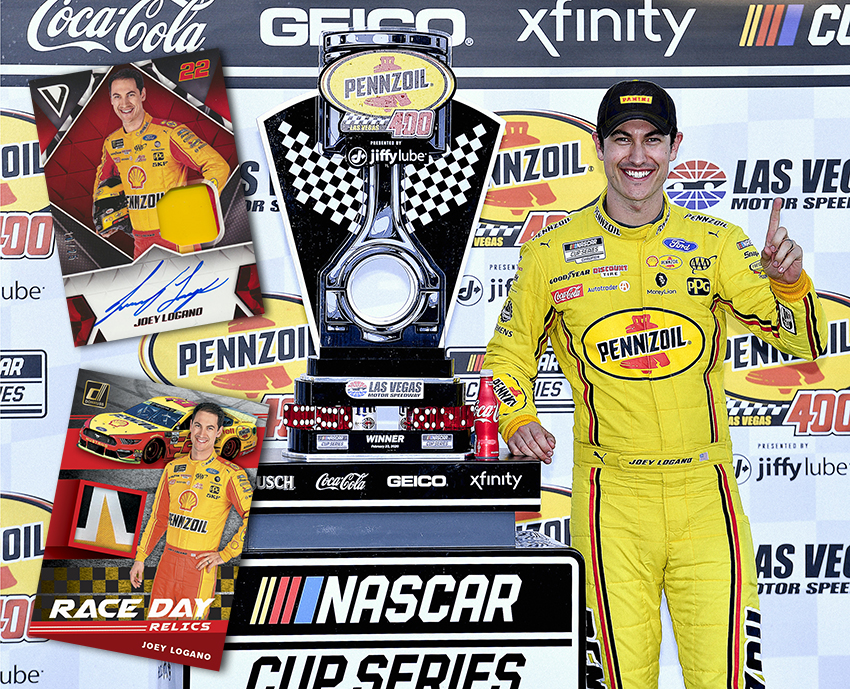 Logano will be an integral part of all Panini America NASCAR trading cards – from appearing on packaging to helping develop new ideas to promoting the brand through promotional appearances, social media and content creation. It’s a role that Logano filled for the company in 2019 and one that company officials are looking forward to expanding. Logano will be the featured driver on Panini’s popular trading card brand Prizm when 2020 Prizm Racing is released in September.

“Our first year with Joey and his team was tremendous,” said Jason Howarth, Panini America Vice President of Marketing. “He’s one of the biggest stars in the sport and is so easy to work with. With the sport having now restarted during this pandemic, we are excited to work with Joey to engage racing fans to highlight our NASCAR trading cards. We all look forward to the future when racing fans can return to the track and be a part of those unique driver interactions.”

One of the key opportunities when fans return to the track will be Panini America’s NASCAR VIP Experience in-pack sweepstakes that will award one lucky collector the rare opportunity to go behind the scenes at the Daytona 500 with Logano.

Fans can get the opportunity to enter the Panini NASCAR VIP Experience in Daytona when they purchase Panini NASCAR trading cards, including 2020 Donruss Racing, which is available now at retailers including Walmart, Target, online at www.paniniamerica.net and at hobby shops nationwide.

“Partnering with Panini is very special to me for a lot of reasons,” Logano said. “Growing up, I was a big collector and I have a great appreciation for all the products Panini makes. It’s cool to work with a company that has the ability to directly connect with the most loyal and best fans in our sport. I’m happy to represent Panini and I’m excited to be working with them now and in the future.”