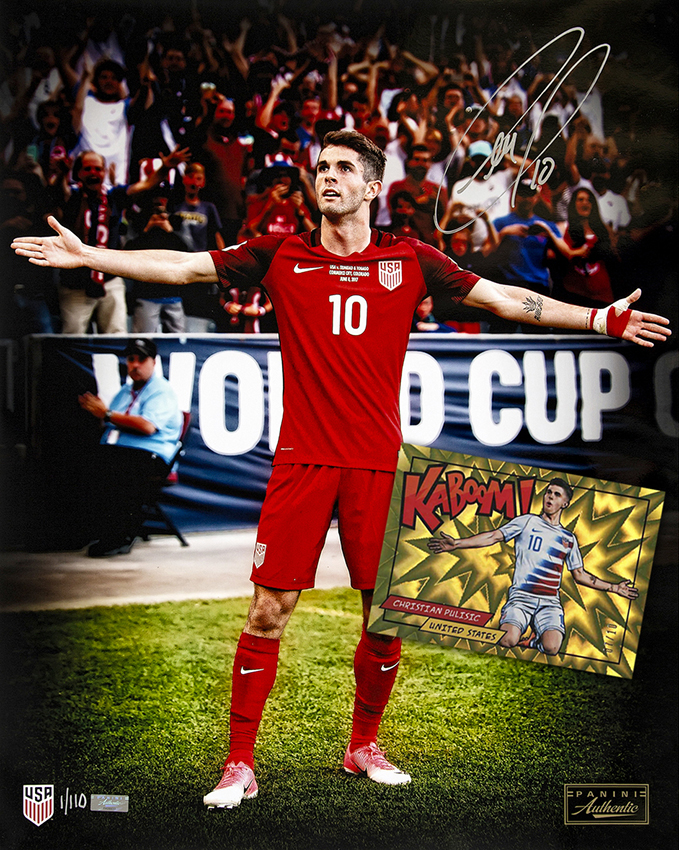 Extension of previous agreement gives Panini exclusive rights to autograph trading cards and memorabilia of Pulisic through the next two World Cups.

Panini America, the world’s largest licensed sports and entertainment collectibles company and the exclusive trading card manufacturer of Premier League, FIFA and U.S. Soccer, announced today that it has signed U.S. Soccer and Chelsea star Christian Pulisic to a new exclusive long-term agreement for autographs and memorabilia. The deal is an extension of the exclusive agreement Panini and Pulisic first entered into in 2016 and will run through the 2026 FIFA World Cup.

As it has been since 2017, Pulisic’s autographed memorabilia — including jerseys, balls, photographs and more – will be available exclusively through Panini Authentic, the memorabilia division of Panini America that also maintains exclusive relationships with David Beckham, Luka Doncic, Kevin Durant, Kyrie Irving, Ja Morant, Anthony Edwards and more. In addition to autographed trading cards and memorabilia, the partnership will include marketing initiatives as well as several special projects/collaborations that Panini and Christian will work on through the 2026 FIFA World Cup which will be played in Canada, Mexico and the United States.

Pulisic’s autographed trading cards have been a staple of Panini America products for years and will continue to help grow the collectible soccer market in 2021 and well beyond.

“We’re proud to have Christian as an exclusive member of the Panini family – it’s a special relationship that has really blossomed during the first five years,” said Panini America CEO Mark Warsop. “Christian has been a driving force behind our entire soccer portfolio – both domestically and internationally. This extension will see so many things taken to the next level and we can’t wait.”

“I’m excited to continue my relationship with Panini, who has been with me from the very beginning; their leadership in sports collectibles has transformed the trading card category into a global collecting community,” Pulisic said. “I look forward to working with them to continue to build that through the next two World Cups.