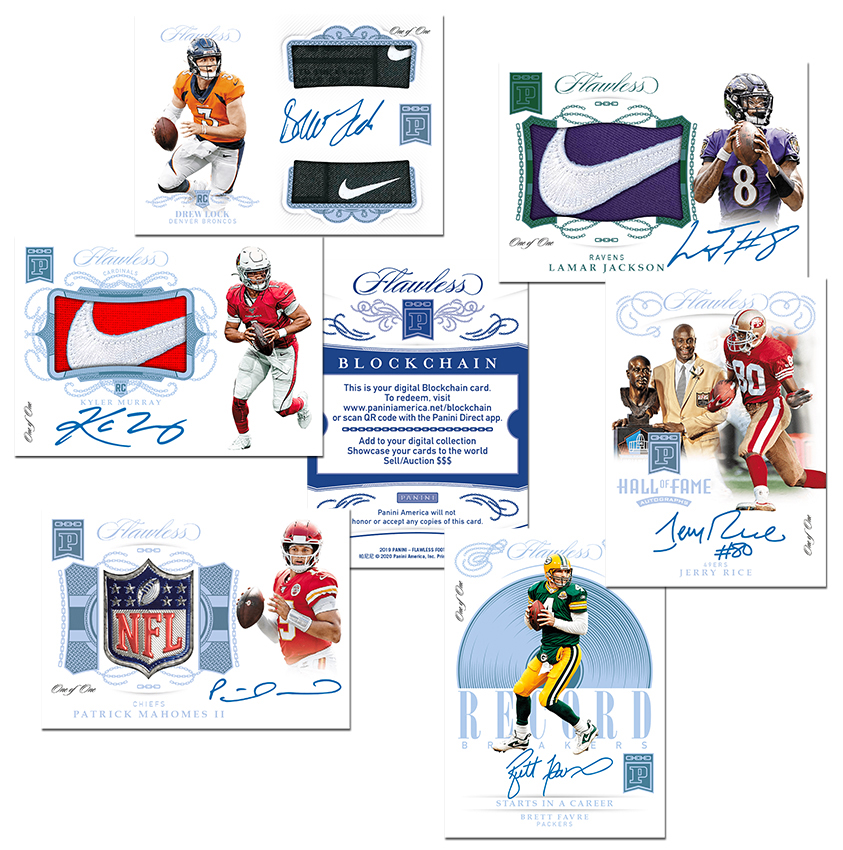 By just about any measure, Panini America’s inaugural launch of the Panini Blockchain initiative was wildly successful. Over the course of 10 weeks, the 100 cards in the initial wave sold for an average of almost $4,500 apiece — including two cards that sold for more than $60,000 each. In addition to including Blockchain digital cards in that initial launch, each card also was accompanied by a physical National Treasures Blockchain card, too.

But for the highly anticipated next wave, Panini America officials are offering a “more traditional” Blockchain experience — and they’re using the vaunted 2019 Flawless Football release as the delivery mechanism. In every briefcase of 2019 Flawless Football, releasing next Wednesday, Panini America officials are including one Flawless Blockchain bonus card in addition to the regular content found in each box. By scanning the QR code on that card, collectors will immediately take ownership of the respective Flawless Blockchain digital card through the Panini Blockchain website.

We’ll have plenty more on Panini Blockchain, but for now, enjoy this sneak peek of next week’s Flawless Blockchain cards.