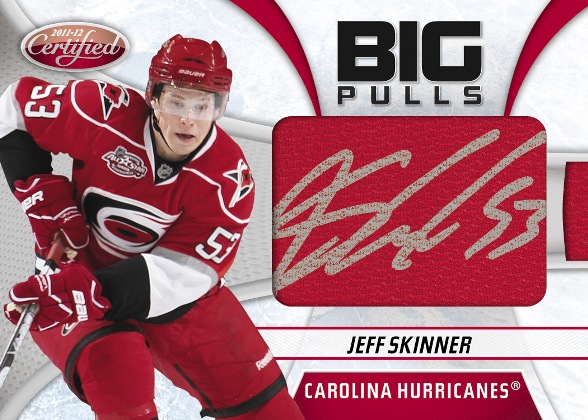 This time last year, Panini America officials were still making preparations for their ballyhooed foray into the NHL trading card market and readying 2010-11 Certified Hockey to lead that charge.

This time last year, Panini America officials were still making preparations for their ballyhooed foray into the NHL trading card market and readying 2010-11 Certified Hockey to lead that charge.

There’s no denying that the celebrated launch of Certified last fall kickstarted a banner rookie season for Panini America that will officially end with next month’s release of 2010-11 Dominion Hockey. And judging by the company’s early lineup for 2011-12, there seems to be no chance of a sophomore slump.

“We knew we needed to make a strong first impression with 2010-11 Certified, and the product delivered in a big way,” says Panini America NHL Brand Manager Al Muir. “So many elements came together to make it a hit — the hot boxes, the Mirror parallels, the variety and quality of the insert programs. Obviously, though, we really dazzled collectors with the auto/mem RCs of guys like Taylor Hall, Jordan Eberle and Tyler Seguin mere days after they made their NHL debuts. That really set a new standard for the hockey category, and it’s something we’re very proud of.

“Collectors can expect to see a similar element in this year’s release. We’ll have live RCs of a couple of prominent holdover rookies, such as Toronto’s Joe Colborne and Vancouver’s Cody Hodgson, along with the cream of the 2011-12 freshmen crop. The checklist will be dependent, of course, on which players debut prior to packout, but we expect some compelling young prospects to fill out the checklist.”

The product highlights for 2011-12 Certified Hockey are many and include:

“Collectors really responded to the hobby callbacks we made last season, so we’re throwing a few more into Certified,” Muir notes. “The Gold Team cards look great — a real advancement on what they looked like in the old days, plus there is an autographed parallel to the set that should be a huge draw. We also have Stars of the NHL die-cuts, featuring a great effort from our design department, and Soft Hands, an insert set that features swatches from game-worn gloves. And then there are the Big Pulls.”

Enjoy the following sneak peek gallery and stay tuned to The Knight’s Lance for additional updates.