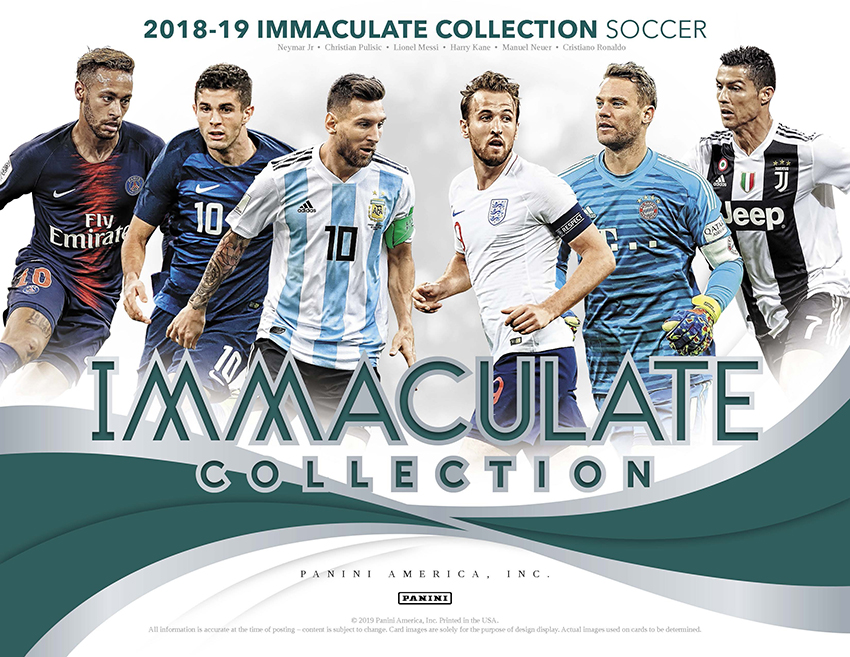 Later this summer, Panini America will celebrate the beautiful game as it rarely has before: With an Immaculate Soccer product featuring an impressive arsenal of memorabilia cards (including jerseys, boots and virtually everything in between), autographs from the greatest current and retired players in the world, and a few new twists that should be well received by soccer fans and collectors around the world.

On average, each hobby box of 2018-19 Immaculate Soccer (six cards per box, six boxes per case) will deliver five autograph or memorabilia cards and one base or parallel card. We’ll have plenty more to preview on the product in the coming weeks right here on The Knight’s Lance. But for now, here is the essential information . . .

All information is accurate at the time of posting – content is subject to change and approval. Card images are solely for the purpose of design display. Actual images used on cards to be determined.