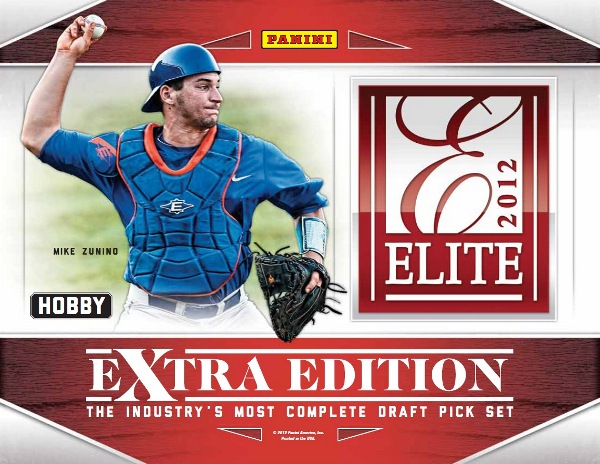 The annual baseball prospector's dream known as Elite Extra Edition Baseball is gearing up for another show-stealing turn through the hobby -- and it's packing perhaps its most potent lineup yet.

The annual baseball prospector’s dream known as Elite Extra Edition Baseball is gearing up for another show-stealing turn through the hobby — and it’s packing perhaps its most potent lineup yet.

2012 Elite Extra Edition Baseball goes live in mid January and will deliver more on-card autographs than ever before, not to mention an autograph checklist that includes 200 players and more than 55 first-round picks from the 2012 Draft. What’s more, collectors will once again find randomly seeded Hot Boxes that deliver 10 autographs per box.

The product’s other primary calling cards return, too, including Aspiration and Status Die-Cut Autographs featuring a rainbow of colors (including Red, Blue, Gold, Black and — for the first time ever in EEE — an Orange version numbered to just 10 copies.

We’ll have much more on 2012 Elite Extra Edition Baseball in the coming weeks right here on The Knight’s Lance. But for now, enjoy this must-see first look: