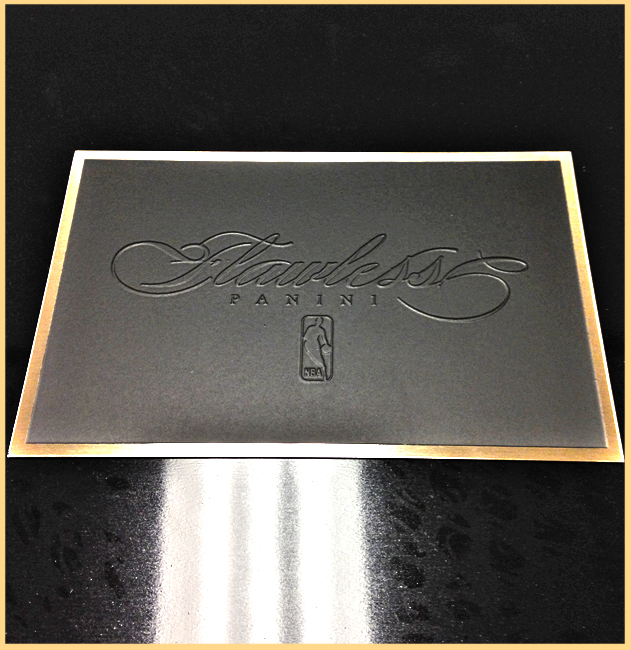 It’s here. At long last, 2013-14 Flawless Basketball release week has arrived — and it’s brought palpable senses of enthusiasm and excitement with it. The highly anticipated final release of Panini America’s 2013-14 NBA collecting season arrives this year in sleek, black-metal briefcases, each bearing 10 stunning cards. Late last week, as the final Flawless briefcases were being hand-packed, wrapped and put in cases for delivery, I grabbed three at random before they were sealed to provide this special Teaser Gallery.

As you’ll see in the gallery below, the highest-end release in basketball card history is a goose-bump-inducing thrill ride to open, full of collection-making autograph and memorabilia cards honoring the greatest players — past, present and future — in NBA history. 2013-14 Flawless Basketball goes live in hobby shops across North America on Wednesday. Until then, though, this three-briefcase unveiling is as close as you’re going to get.

While it doesn’t reveal everything the product has to offer, it does provide a nice preview of what collectors can expect. Enjoy — and stay tuned to The Knight’s Lance for additional coverage.