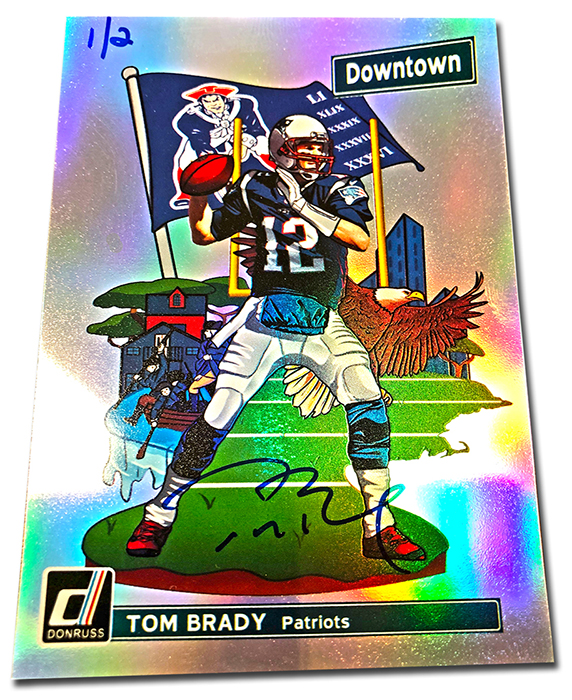 Although both 2018-19 Donruss Soccer and 2019 Diamond Kings Baseball launching today has kept things rocking in local hobby shops and on group-break sites across North America for most of this hump day, there’s still one more new release from Panini America coming this week. On Friday, the company’s 2018 Honors Football arrives boasting a bevy of old-school nostalgia and new-school shine.

By incorporating the most desirable aspects of the last Honors release in 2016 and mixing in a few new collector-friendly tweaks, 2018 Honors Football looks to be a blockbuster featuring original and BGS-graded BuyBacks of classic Panini America cards, more on-card autographs than in 2016, and updated base and autograph versions of top rookies from 2018 Score Football and 2018 Classics Football on premium Optichrome technology.

In the revealing Quality Control Gallery that follows, we take a look at some of 2018 Honors Football’s impressive autograph inclusions. Enjoy the sneak peek and stay tuned for additional coverage.