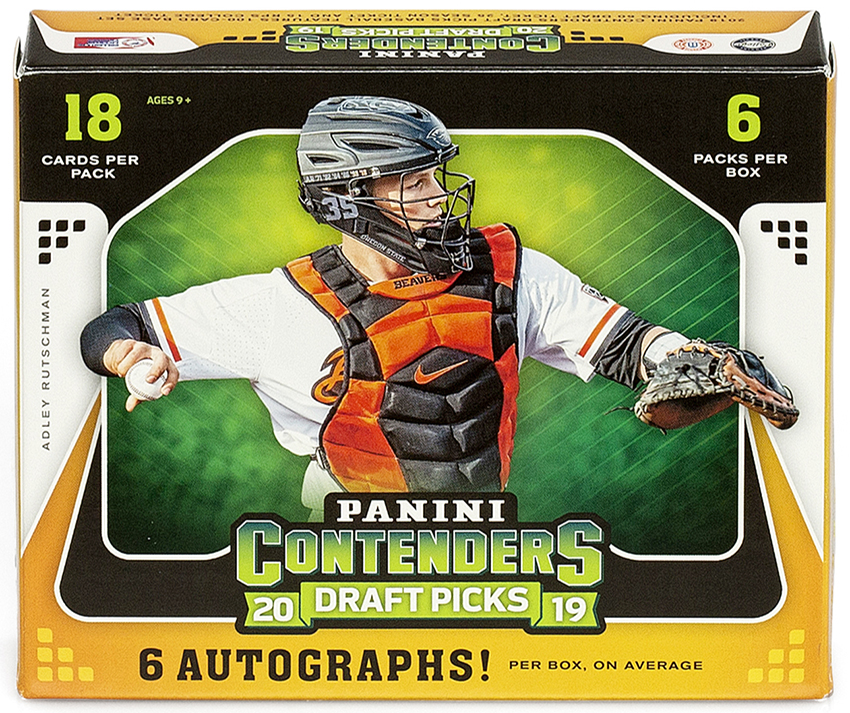 Another history-maker coming from paniniamerica: T

@PaniniAmerica - Giving away a few of the new Mosaic #Panini #NFL cards in the discord right now. Join the discord - https://discord.gg/ddYX4sysYv

Another history-maker coming from @PaniniAmerica: The debut of Flux @NBA Basketball: 1st Off The Line.

The @PaniniAmerica #UFC Chronicles NFT checklist has been uploaded.

I'm going to break down the set in this tweet thread. Let's go.

Baseball’s postseason may just be underway, but today is a baseball collecting holiday of sorts for another reason, especially for prospect-minded hobbyists looking to invest in the bright future of the game. For today, you see, is release day for Panini America’s 2019 Contenders Draft Picks Baseball — an ink-aided, youth-infused tribute to the best rookies, draft picks, prospects and USA Baseball players in the game — with just enough of a nod to the greats of the game.

On average, each hobby box of 2019 Contenders Draft Picks Baseball (18 cards per pack, six packs per box, 12 boxes per case) will deliver six autographs, one parallel, and a combination of 100 Season Ticket base cards, Season Ticket Variations and inserts.

Highlights of the product are many and include . . .

In the revealing Quality Control Gallery that follows, we offer an extensive overview of just about everything the product as to offer. Enjoy the imagery and stay tuned to The Knight’s Lance for continued coverage.