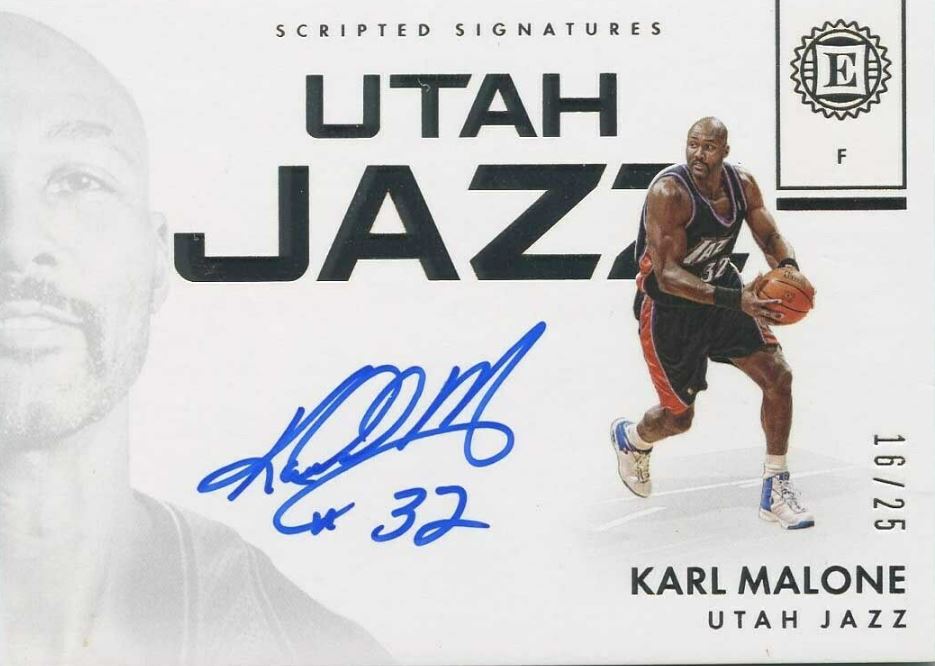 The Utah Jazz check in at No. 10 in the Panini America 30 Teams | 30 Weeks NBA countdown to the most collectable NBA teams of all-time.

Any discussion about the history of the Jazz must start with one phrase: Stockton to Malone. Point guard John Stockton and power forward Karl Malone are universally considered one of the best duos of all-time and one of the best to play their positions. They combined for 24 All-Star appearances and took Utah to the NBA Finals in 1997 and 1998 under coach Jerry Sloan.

The Jazz began their NBA tenure in New Orleans in 1974, and the biggest party was coming to watch “Pistol” Pete Maravich perform on the hardwood.

Maravich had moves made for the social media generation. With his dead-on jumper, sweeping layups and between-the-legs passes, the Hall of Famer was a ready-made viral video before there was such a thing. While a member of the New Orleans Jazz, he set the franchise record for points in a single game with 68 vs. the Knicks on Feb. 25, 1977.

The modern Jazz remain a sweet tune, sporting a symphony of young talent that includes 2018 Defensive Player of the Year Rudy Gobert and budding star Donovan Mitchell. Proclaiming the mantra “#TeamisEverything,” the squad will make its third consecutive playoff appearance in 2019 under coach Quin Snyder.