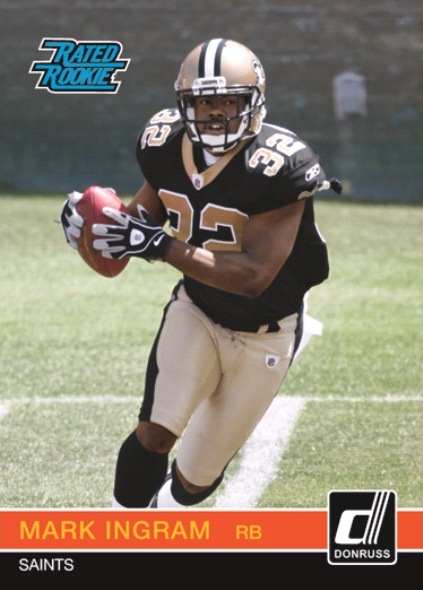 Tomorrow Kylian Mbappe and France square up against Poland in the Round of 16!! Who's going to win this game? Drop your pick in the comments!#whodoyoucollect #FIFAWorldCup #WorldCup2022 #WorldCupQatar2022 #worldcup #qatar2022 ... See MoreSee Less

As one of the top four vote-getters in our Knight's Lance Readers Choice Weekend poll, here's a comprehensive look at the cardboard gold that is Panini America's 2011 National Sports Collectors Convention wrapper-redemption set, base cards, inserts and all.

As one of the top four vote-getters in our Knight’s Lance Readers Choice Weekend poll, this story is being brought to you by . . . well . . . you. Stay tuned throughout the weekend for the additional content that you voted for.

You asked for a comprehensive look at the cardboard gold that is Panini America’s 2011 National Sports Collectors Convention wrapper-redemption set, base cards, inserts and all. You’re about to get it.

The base set for this year’s show in Chicago will incorporate 19 superstars from the worlds of basketball, football, hockey and entertainment (King of Pop, anyone?) on a vertically modified 2011 Donruss Elite Football design that should be warmly embraced by show-goers. The base set will be accompanied by three different parallels (numbered to 25, 10 and 5), including some autographs.

In addition, there are three striking insert sets punctuating this year’s wrapper-redemption spectacle — a ten-card set devoted to the top NFL and NHL rookies of the 2010-11 season, an eight-card School Colors insert that pays tribute to local heroes from the Bears, Bulls and Blackhawks, and a two-card Headliners insert honoring the Super Bowl and Stanley Cup exploits of the Green Bay Packers and Boston Bruins, respectively.

But instead of us just telling you about the goods, why don’t we show you the greatness of which we speak with the following comprehensive gallery.

That part about Panini America’s 2011 National wrapper-redemption packs also including randomly inserted instant-win redemption cards good for autographed memorabilia . . . well, we’ll tell you all about that soon enough, along with all the other redemption details. So stay tuned to The Knight’s Lance for future updates on our grand National plans.

Until then, feast your eyes on these beauties . . .