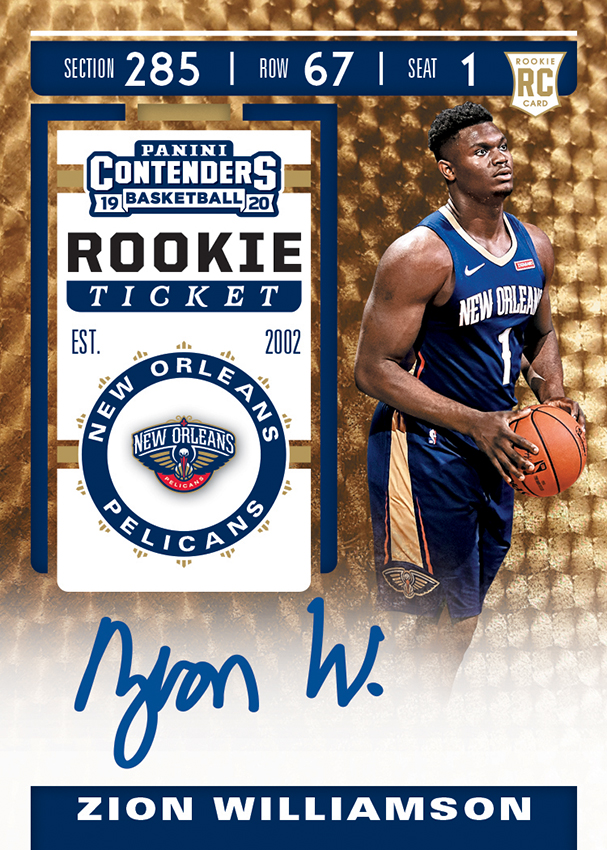 As the retail edition of @paniniamerica’s 2020 D

The retail-exclusive inserts in @paniniamerica’s

The many colorful facets of @paniniamerica’s 201

#Repost @pelicansnba with @get_repost ・・・ We

Just some of the new ink signed this weekend insid

When “The Answer” rolls through the @paniniame

We’re at the #Daytona500 this weekend with last

Just some of the highlights from today’s spectac

So this happened today at the @disupdates! Our 202

At the #daytona500 international speedway with non

How’s this for a “sneak” peek? The sublime,

An oldie but a goodie! Happy Valentine’s Day fro

Absolute works of art being delivered to @paniniam

As the retail version of @PaniniAmerica's 2020 Donruss @NASCAR Racing arrives in stores, be sure to save those wrappers. #WhoDoYouCollect #NASCAR

We regret the previous Denny Hamlin congratulatory Tweet. We did not immediately understand the severity of the injuries related to Ryan Newman’s crash. Our thoughts and prayers are with the Newman family at this time.

As the retail edition of @paniniamerica’s 2020 Donruss @nascar Racing arrives in @target, @walmart and other big-box stores, be sure to save those wrappers! #whodoyoucollect #nascar #wrapperredemption #donrussracing #joeylogano #kylebusch @ Panini America ... See MoreSee Less

#Repost @pelicansnba with @get_repost
・・・
Weekend rewind ⏮ some of the rooks’ best moments from the Rising Stars game! ... See MoreSee Less

This probably goes without saying . . . but we’re going to say it anyway: The 2019 NBA Draft Class is the kind of otherworldly class that basketball collecting dreams are made of. It’s the kind of class — what with the likes of Zion Williamson, Ja Morant, R.J. Barrett, Rui Hachimura and more — that can turn even a modest product preview such as this one into headline-demanding, must-see stuff. So, grab a seat and enjoy this detailed first look at Panini America’s 2019-20 Contenders Basketball.

Set to arrive in hobby shops across North America in late December, 2019-20 Contenders Basketball delivers the product’s fabled and hard-signed Rookie Ticket Autographs and their chase-tastic parallel versions. On average, each hobby box (10 cards per pack, 12 packs per box, 12 boxes per case) will yield two autographs and a captivating array of inserts and parallels. Below we offer links to the Product Information Solicitation documents for both hobby and retail versions of the product as well as an extensive first-look gallery.

As you might expect, the highlights of 2019-20 Contenders Basketball are considerable and include . . .

We’ll have plenty more on 2019-20 Contenders Basketball in the coming weeks right here on The Knight’s Lance. But for now, check out the aforementioned PIS PDFs and preview gallery below.

All information is accurate at the time of posting – content is subject to change and approval. Card images are solely for the purpose of design display. Actual images used on cards to be determined.

Here are the images: