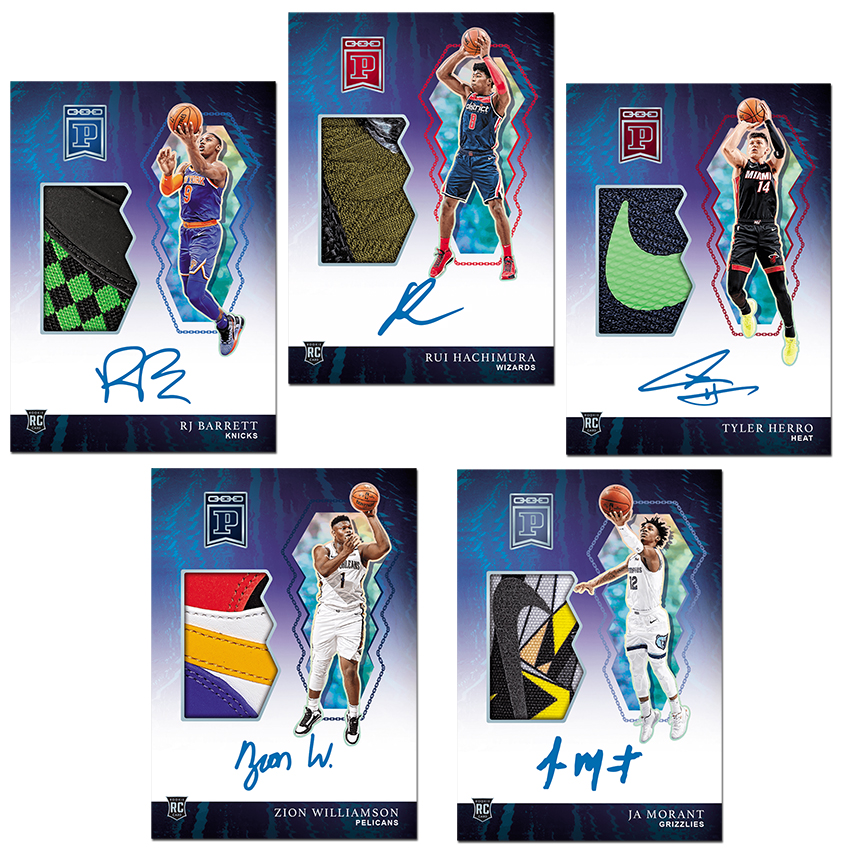 For the next five weeks starting Monday, Panini Blockchain will deliver a digital collection likely quite unlike anything you’ve seen before with the 27-card Digital NBA Sneaker Series. The digital cards — all 1/1s — feature facsimile autographs and prime sneaker swatches honoring some of the standout members of the 2019 NBA Draft Class, including Zion Williamson, Ja Morant, RJ Barrett, Rui Hachimura and more.

Five to six new cards will be introduced each Monday for the next five weeks and will open for bidding in a Dutch Auction format. Card prices will drop incrementally until the card is sold. We offer a gallery of the cards launching Monday below. Be sure to check back each week to find out which cards are releasing next.