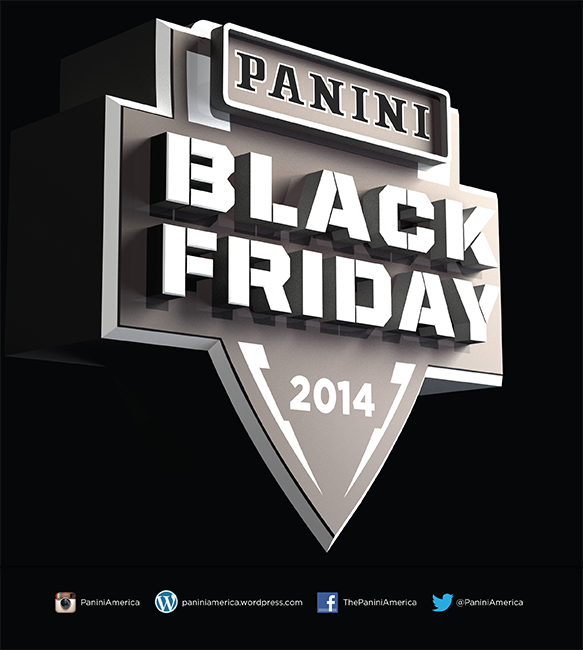 On this week's episode of Going Direct - we've got Eric Norton from Beckett Collectibles on the show! We chat about #TheHobby, our interview w/ the great Gary Vaynerchuk and all the cool new stuff going on over at Beckett. The episode goes live tomorrow!#whodoyoucollect #TheHobby ... See MoreSee Less

The opportunity to launch the promotion before Black Friday allowed participating Panini Roundtable Stores to benefit from a few extra days of promotion, creating increased in-store traffic and sales.

“2014 Panini Black Friday was such a success at my store and so many others,” Fruitman said. “We kicked things off for an hour starting Wednesday at midnight and had some good sales. More importantly, we were able to get some video of a collector pulling a Jabari Parker autograph which, when posted, inspired considerable sales when we re-opened the next morning at 10.

“Since the first time Panini America offered Black Friday, and then later on Father’s Day, my shop has been a huge supporter of these programs. Based on hitting almost $10,000 in sales on Wednesday, the streak of successful promotions remains intact. Because of Black Friday, we found 10 new collectors who had never been to our store before and we continue to share packs with collectors who are enjoying participating Panini releases.”

Longtime store owner Charlie DiPietro has conducted successful Panini Black Friday promotions in San Antonio’s Sports Cards Plus during each of the last four years. But he rates this most recent edition as his most effective yet.

In fact, because of Black Friday, DiPietro had one customer from Mexico City make special travel arrangements on a business trip to the states so that he could stop by Sports Cards Plus to participate in the promotion.

“We had 1,100 Panini Black Friday Packs this year and today, people continue to visit our store asking for them. At Sports Cards Plus, the Panini’s Black Friday Promotion continues.”

Collectors can access the complete 2014 Black Friday checklist in the links below.