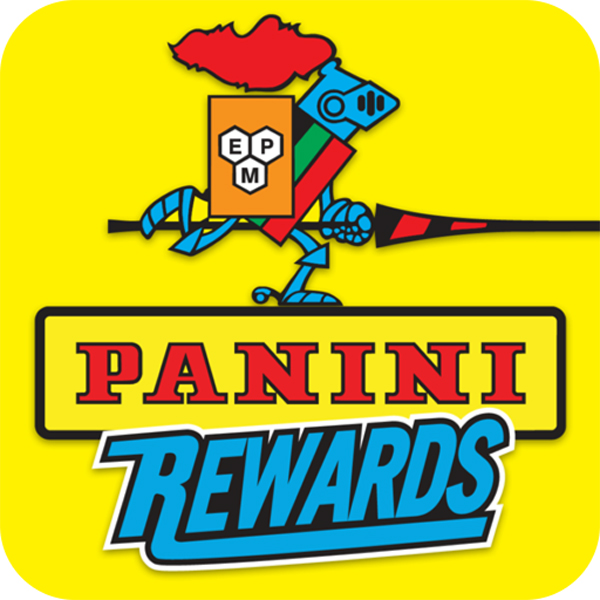 It's been the topic of almost-constant conversation since Panini America officials first teased its existence to rave reviews during the 2014 Industry Summit in Las Vegas. Now, after three months of hearty hobby banter and almost two years of hardcore research and development, Panini America is ready to unveil its vaunted Panini Rewards Program in this week's release of 2014 Score Football.

It’s been the topic of almost-constant conversation since Panini America officials first teased its existence to rave reviews during the 2014 Industry Summit in Las Vegas. Now, after three months of hearty hobby banter and almost two years of hardcore research and development, Panini America is ready to unveil its vaunted Panini Rewards Program in this week’s release of 2014 Score Football.
To adequately prepare collectors for what to expect from the revolutionary program that is available on both web and smartphone app platforms, Panini America officials have compiled a comprehensive list of frequently asked questions that have surfaced from collectors since March. You can peruse those at length below.

Collectors can download the Panini Rewards app now on the iTunes App Store and on Google Play. The Panini Rewards website can be viewed here.
Now, to the questions. The following FAQs include several general questions as well as more specific questions culled from several collecting resources. If you have additional questions, submit them to @PaniniCSM on Twitter using the hash tag #PaniniRewards and we’ll address them as necessary.
What is Panini Rewards?

When does the Panini Rewards program begin?

How is this different from redemptions?

What will happen to my redemptions?

Can I trade-in existing redemptions for Panini Rewards points?

What are Panini Rewards Points?

Can I purchase Panini Rewards Points?

How do I know how many Panini Rewards Points I have?

What is the monetary value of my Panini Rewards Points card?

Will all Rewards Cards have the same point amounts?

What happens to high-end cards? Will they get Rewards Points or be listed as a redemption?

Why are there more memorabilia cards than autograph cards in the Panini Rewards inventory right now?

Does Panini hold back memorabilia cards from packing out into product for the Rewards System?

Can a collector be alerted when their favorite team, player or product is entered into the Rewards System?

Will collectors have the option to wait on high-value players or do they just receive Rewards points?

Will the collector have limits on the number of the same card they can select in the Rewards Points system?

What prevents people from hoarding points?

Will Rewards Points impact how a trading card product is initially built?

Will Panini hold back high-end cards from product to place on the Rewards system?

Are points tied to specific releases?

What if I don’t have a Smartphone?

What if I can’t find the card I want?

Why don’t I receive points when I scan a Panini Rewards Points card?

Can I scan a Panini Rewards Points card multiple times?

What if my Panini Rewards Points card is not readable?
You can manually enter the Panini Rewards Card code on My Rewards at PaniniRewards.com, if you cannot scan the code with your mobile device.