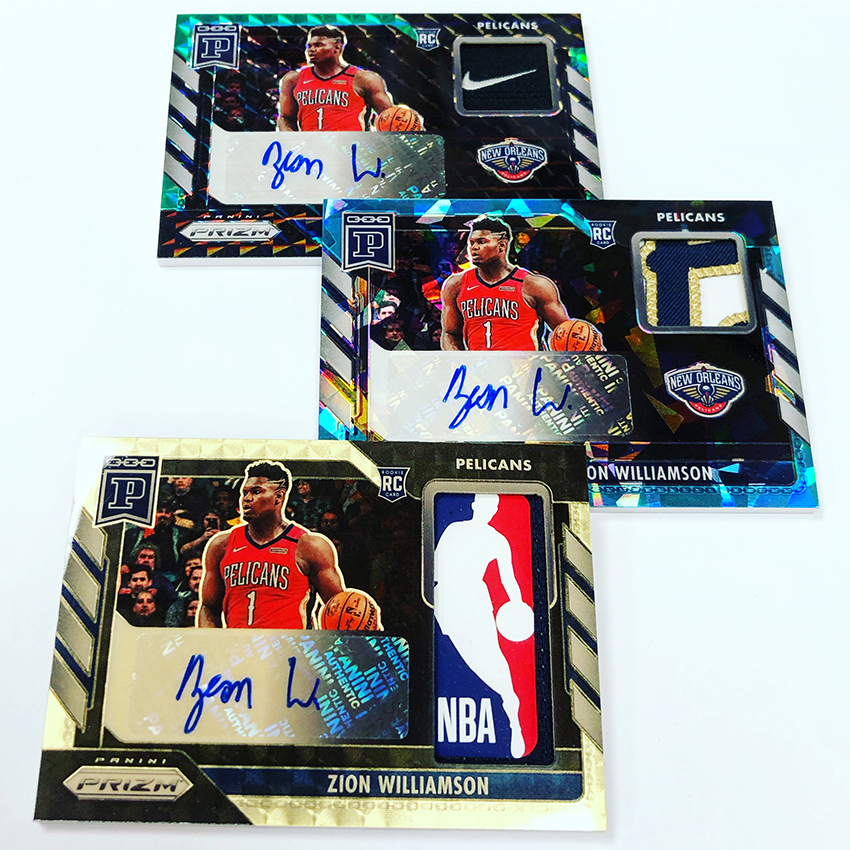 In the months since, Panini America has kept its Blockchain presence confined to the digital realm with unique, high-profile inclusions in 2019 Flawless Football and 2019-20 National Treasures Basketball as well as standalone releases featuring Digital NBA Sneaker Signatures and Digital 2020 NFL Draft Night Signatures. But on July 6, the company will once again return to a physical/digital Blockchain product with the expansive and impressive 2020 Prizm Blockchain release.

A 300-card set brimming with highlights up and down a stacked multisport checklist, 2020 Prizm Blockchain delivers a 100-card Cracked Ice Prizm set, a 100-card Mosaic Prizm set and a 100-card Gold Vinyl Prizm set. Every card in the set is a 1/1 autograph, memorabilia or autograph memorabilia card and the Gold Vinyl subset features the most premium patches such as NBA Logoman and NFL Shield versions.

We’ll have much more on this unique Panini Blockchain initiative in the coming days leading up to the July 6 launch, but here’s a shortlist of program highlights:

Stay tuned to The Knight’s Lance for additional details as the July 6 launch date approaches and check out the official Panini Blockchain site for the latest updates.