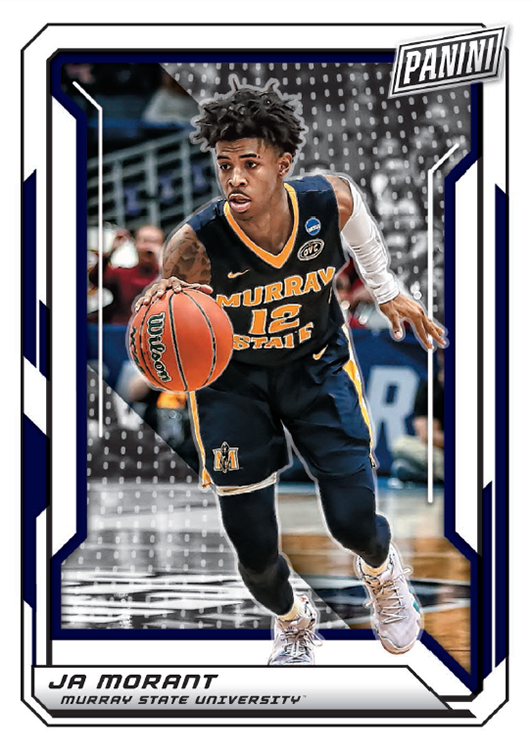 A sneak peak at the upcoming 2021 Zenith NFL Tradi

Happy Holidays from everyone at Panini America!

Well, I guess it’s official! I take this new role very seriously, as I believe it comes with great responsibility to the Hobby. Thanks for the opportunity @PaniniAmerica Let’s go!

The Game To Watch…who has the ball last in the @Raiders v. @Bengals matchup.  Both @derekcarrqb & @JoeyB have been special in crunch time.  Check out the latest @PaniniAmerica #DilfersDimes

Giving away @PaniniAmerica Immaculate boxes!!!! Just watch #UFCVegas46 this Saturday and tell me who u think should get a post fight bonus 👇🏻

Morant announced the exciting news earlier this morning on his social media channels.

“I’m very excited to join the Panini America family as an exclusive member of the team along with some of the greatest names in the game,” Morant said. “I dreamed of having my own trading card to share with family, friends and fans, and Panini America is helping make that dream come true. I’m appreciative of that and look forward to a long relationship.”

Morant, who led the nation in assists (10.0 apg) while scoring 24.5 points per game during his sizzling sophomore season at Murray State, is expected to be one of the headliners of the spectacular 2019 Draft Class and will be featured in all of Panini America’s 2019-20 collegiate and NBA trading card products, beginning with 2019 Contenders Draft Picks Basketball in late August and 2019-20 NBA Hoops Basketball in late October. Morant’s Rookie Cards and autograph cards will be available exclusively in licensed Panini America products; Morant also will appear in NBA Dunk, the company’s digital trading card app. But Morant’s first officially licensed NBA Rookie Card will be available on Draft Night just minutes after he is selected through the Panini Instant on-demand trading card platform.

“With such an exciting 2019 NBA Draft Class filled with talent, we are excited to add Ja to the Panini family as an exclusive autograph and memorabilia athlete,” said Mark Warsop, Panini America CEO. “Ja is an exciting player and symbolizes everything that is special about this class. We look forward to bringing his official collegiate and NBA trading cards and memorabilia to collectors and fans.”