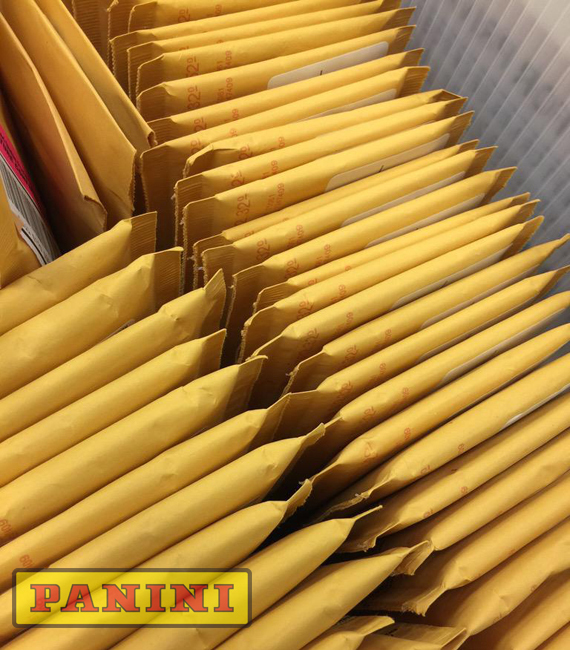 Just some of the Prizm pageantry in @paniniamerica

A statement from @paniniamerica regarding today’

Just posted to the blog: The complete checklist an

Check out the blog for a detailed first look at @p

Looking for a way to take your @EURO2020 fandom to the next level? Stop this video on the QR code to score a special offer on the official Panini Digital Sticker Album.

Congratulations to @hornets young star @MELOD1P, your 2020-21 @NBA Rookie of the Year.

Want to take your fandom for UEFA EURO 2020 to the next level? Stop this video on the QR code to score a special offer on the official Panini Digital Sticker Album. #whodoyoucollect #PaniniStickerAlbum #EURO2020panini.link/euro2020-fb ... See MoreSee Less

In an effort to keep collectors updated on the status of those Panini America redemption cards that are currently being processed, we’ll post a list every week, like the one included in the attachments below, detailing the most recent cards being fulfilled this week.

The following list is intended to inform collectors about which redemption cards from which products are being processed this week. We’ll update this list every week so stay tuned next week if you don’t see your card here.

These weekly reports often include “rebatched” redemptions — cards from widely broken products that have been previously redeemed but required subsequent shipments due to high volume. In some cases, the cards listed have been fulfilled with replacement cards.

If you have specific redemption questions, you can contact the Panini America Customer Service Manager via Twitter or use the following email addresses: