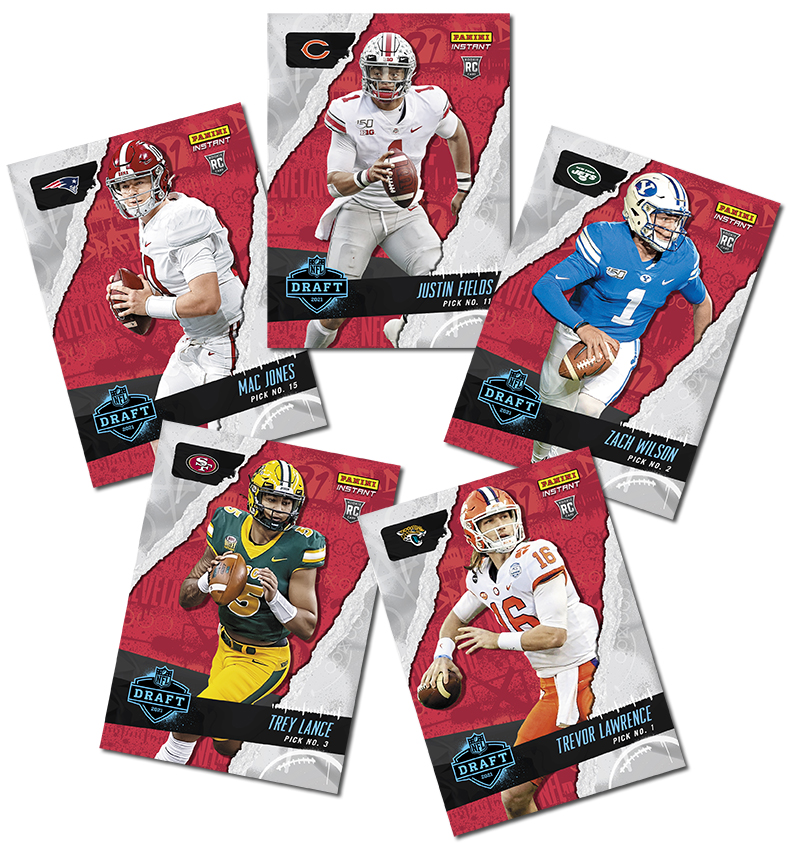 CLEVELAND — Thirty-two different times last night during a wild first round of the 2021 NFL Draft, league commissioner Roger Goodell (or a special guest) called out a name and made a dream come true for one of the most talented young football players on the planet. And just minutes (sometimes seconds) later, Panini America responded by revealing that player’s Panini Instant 2021 NFL Draft trading card.

Thanks to the real-time nature of the Panini Instant platform, 18 special Rookie Cards from last night’s first round were revealed and are available to fans and collectors now. Over the next two days, an additional 22 Rookie Cards will be featured.

And on one of the most exciting nights on the NFL calendar, the players themselves helped spread the word . . .

Over the course of the next two days, Panini Instant will update the 2021 NFL Draft set with 22 additional cards.