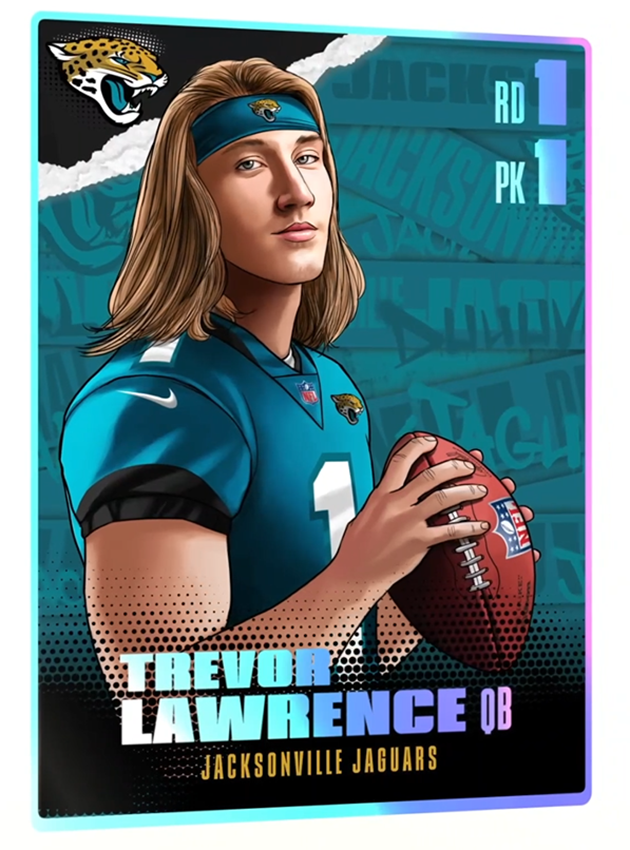 From the @seniorbowl last night! Congrats to the latest class of Hall of Famers - including Dallas’s own @dak

One of the best looking cards out there! We just pulled a #TomBrady color blast in our #SteelCityBreakRo from @PaniniAmerica #Prizm Football ! #TylerPullsFire #WhoDoYouCollect

Panini America’s newest NFT Blockchain endeavor enjoyed something of a “limited screening” last night during the first round of the 2021 NFL Draft. Today, the stunning, seven-card series gets its blockbuster worldwide premiere. Beginning at 2 p.m. CST, the seven 1/1 cards in the 2021 NFL Draft Night NFT Blockchain series will hit the auction block for the next four days.

Like all of Panini’s Blockchain cards that have been released since January of 2020, every card comes as a tokenized (NFT) asset and is sold in U.S. currency.