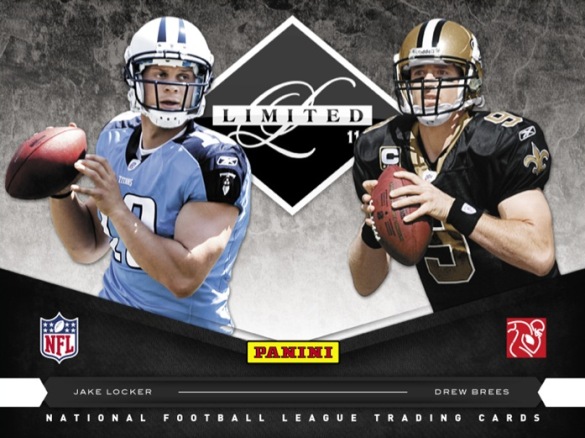 When 2011 Limited Football releases to the collecting public in late November, it will do so sporting a bevy of new bells and whistles designed to strengthen one of the hobby's most important higher-end releases.

When 2011 Limited Football releases to the collecting public in late November, it will do so sporting a bevy of new bells and whistles designed to strengthen one of the hobby’s most important higher-end releases.

Foremost among the product’s improvements are a Material Phenoms Rookie Card subset that truly lives up to its name, Panini America’s most extensive and star-studded lineup of Draft Day-worn hats and jerseys ever, and the all-new new Limitless insert that provides scarce autographs from the NFL’s most dynamic players.

Every card produced for 2011 Limited Football is sequentially numbered to 499 or less, including the stunning Material Phenoms RCs that this year will included all on-card autographs, prime memorabilia pieces and sequential numbering to 299 or less.

As its name suggests, the Draft Day Lids & Jerseys insert set will incorporate the very jerseys and hats donned by 13 of the top 2011 NFL draft picks on stage the night they were drafted and will be limited to 199 or less. Meanwhile, the aforementioned Limitless insert, also numbered to 199 or less, will deliver autographs from top NFL players such as Michael Vick, Adrian Peterson, Sam Bradford and more.

The popular Rookie Lettermen insert also returns with autographed letter patches from the top 2011 NFL rookies numbered to 10 or less.

You can get your first extended peek at 2011 Limited Football below. Stay tuned to The Knight’s Lance for additional updates on the product.