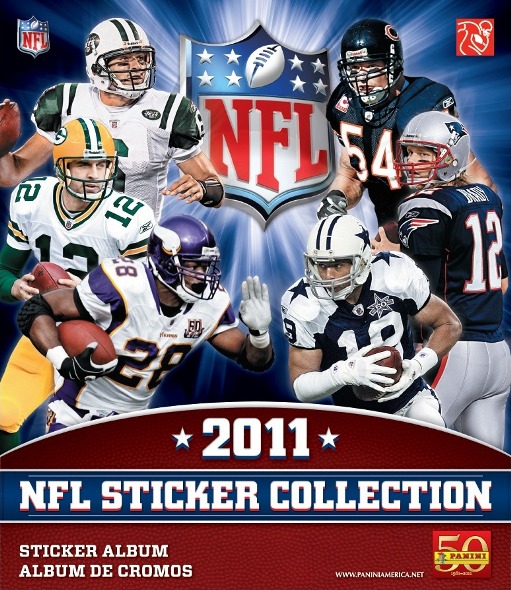 Seven-sticker packets will retail for $1, while the 72-page album (which includes 10 free stickers) will retail for $2. The Official NFL Sticker & Album Collection is available at retailers nationwide including Target, Walmart, Michaels, Toys R Us, AC Moore, Shopko, Five Below, iParty, Learning Express, K-mart and Dollar Tree. The collection is also available at the Panini America Online store.

“We made tremendous strides last season with the introduction of the NFL Sticker & Album collection and introduced millions of new collectors to the concept,” said Panini America CEO Mark Warsop. “We’ve raised the bar in 2011 with several new additions that will be well received by passionate football fans around the country.”