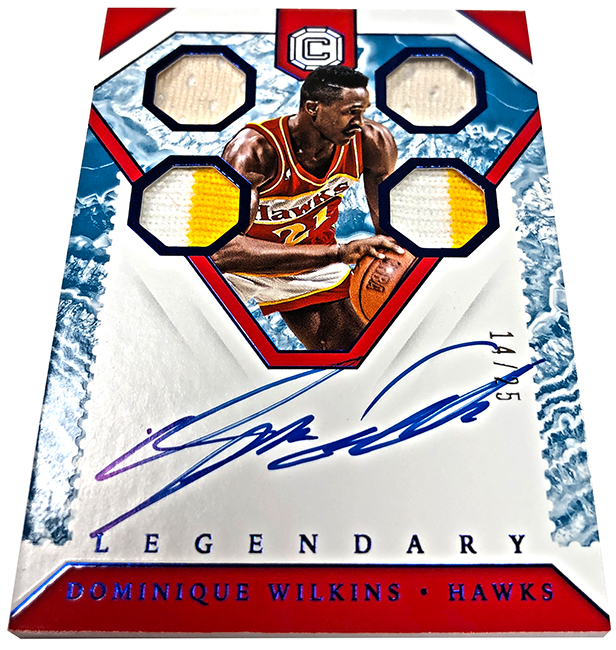 Panini America’s Cornerstones Basketball arrives for the 2018-19 NBA collecting season on Wednesday with a tried-and-true, calling-card kind of appeal that not only showcases the namesake Cornerstones autographed memorabilia cards but also manages to save some of the spotlight for the product’s stellar PVC insert lineup bolstered by the popular and rare Downtown chase.

On average, each hobby box of 2018-19 Cornerstones Basketball (six cards per box, 12 boxes per case) will deliver two base or parallel cards, one PVC insert, two autographs and one memorabilia card. The product’s foundation — Rookie Cornerstones — return to honor the standout 2018 NBA Draft class with base versions numbered to 199 as well as Crystal (numbered to 75), Quartz (numbered to 49), Marble (numbered to 10) and Onyx 1/1 parallels.

In the must-see Quality Control Gallery that follows, we offer a deep dive into this year’s release. Enjoy the sneak peek and stay tuned to The Knight’s Lance for additional coverage.

2018-19 Cornerstones Basketball will be available at the official online store of Panini America beginning Wednesday at 10 a.m. CST.