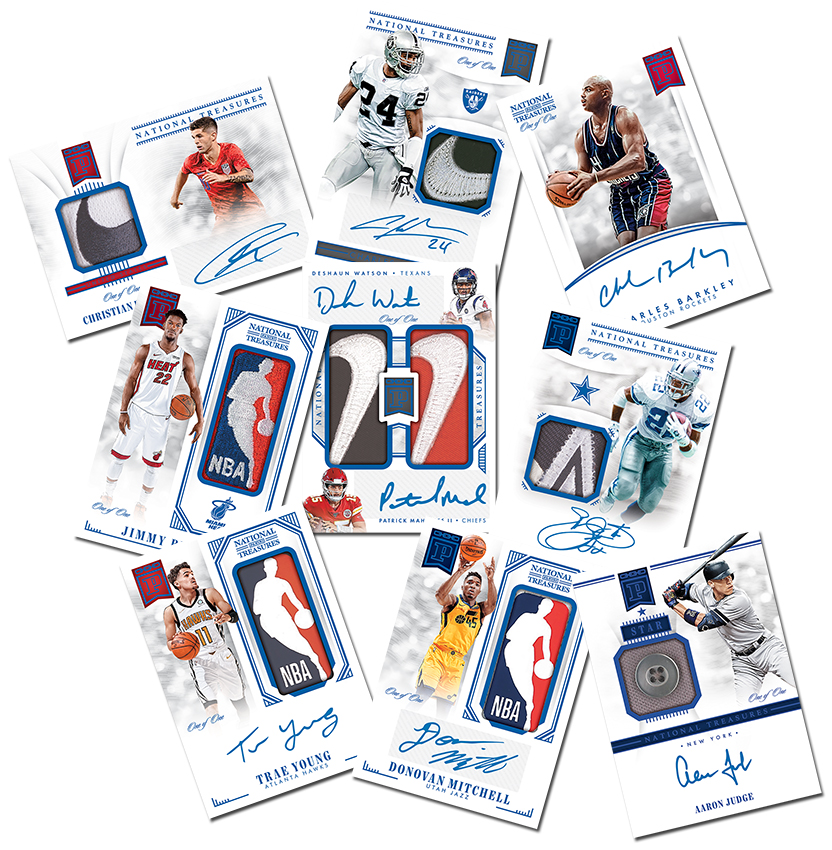 Nine new jaw-dropping 1/1 cards — this time featuring the likes of Trae Young, Charles Barkley, Patrick Mahomes/Deshaun Watson, Christian Pulisic and more — will headline the fourth wave of Panini America’s historic Blockchain venture. The cards will open for bidding on Monday morning and every virtual Blockchain card issued in the initial 100-card wave will be accompanied by a physical version of the card featuring autographs, memorabilia or both.

In the gallery that follows, we offer a sneak peek at each of the Week 4 cards launching on Monday at 10 a.m. CST. Enjoy the preview and stay tuned for additional coverage.