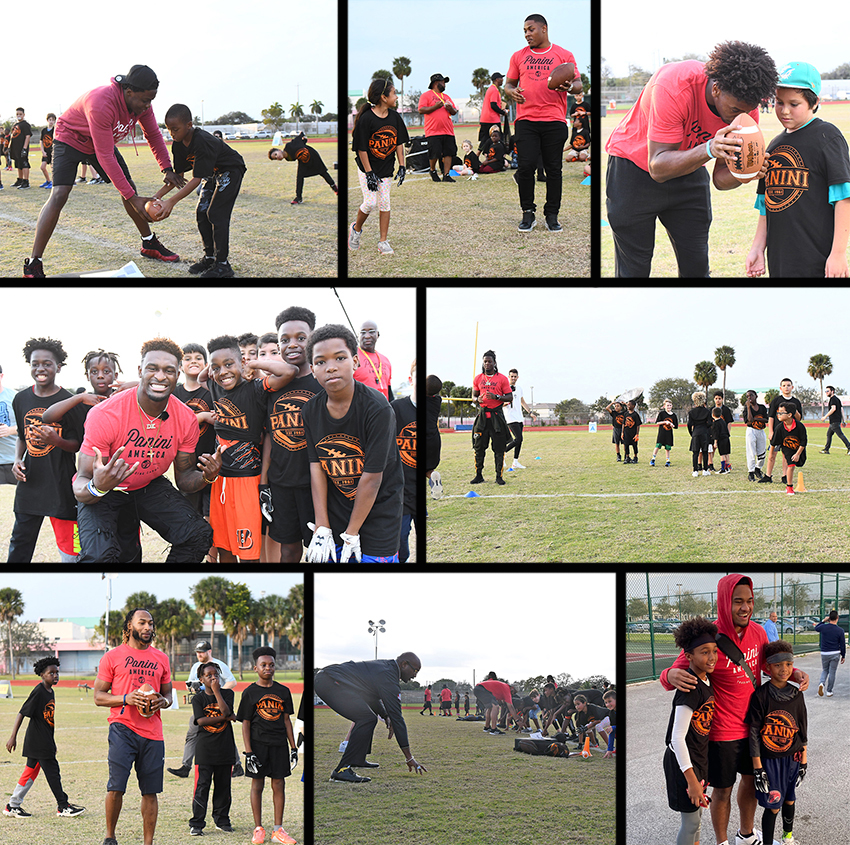 They coached. They inspired. They engaged. And they made a lasting impact. That much was obvious based on nothing more than watching the youngsters’ faces as they were put through a series of football drill stations while current and future NFL stars provided real-world instruction and insight.

But no matter how insightful their on-field teachings were, to a man, the NFL stars in attendance — who worked up just as much sweat as the kids they were coaching — stressed the importance of education, passion, having fun and working hard. Those points certainly weren’t lost on the young athletes spread out on the Miami Central High School practice field.

You can check out some of the memorable scenes from the 13th Annual Panini Skills Clinic in the gallery that follows. But first . . . the must-see highlight reel . . .